GAME REVIEW: Shadow of the Colossus for PS4

Shadow of the Colossus has been sitting at the top of my shame pile for years. While the guilt for never playing this widely renowned masterpiece was always there, the thought of digging out my PS2 and enduring the painfully dated controls of that version was always off-putting. Now, however, thanks to the folks at Bluepoint games, Shadow of the Colossus has been rebuilt from the ground up and brought to PS4. The finished product is a stunning reconstruction of what’s considered a gaming classic, making it an undeniable must play. 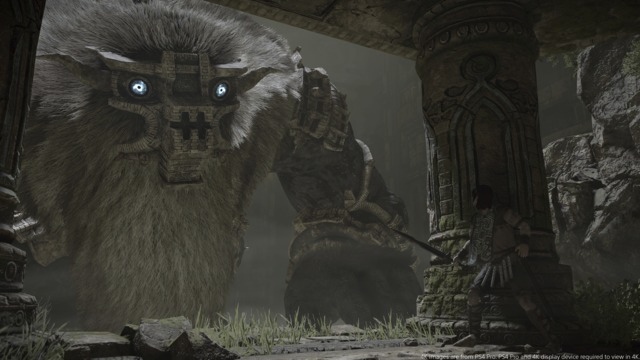 The story is told in a ‘less is more’ approach by delivering few cutscenes and little dialogue. You play as a boy named Wander, who has traveled into forbidden lands on horseback in hopes of resurrecting a girl named Mono. Upon entering a shrine of worship, you encounter a mysterious entity who promises to bring her back to life in exchange of you slaying 16 towering creatures, known as colossi, that are scattered throughout the lands. This is all the information given, and many of the game’s proceeding moments are left to the gamer’s interpretation. This type of reservation only increased infatuation and had me seeking out crazy fan theories after the credits rolled. 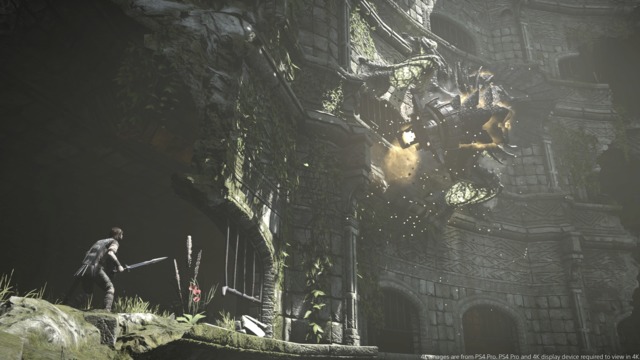 Shadow of the Colossus does show its age with the feel of its movement mechanics. Riding on Wander’s horse, Agro, feels clunky and can sometimes have negative effects on the outcomes of battles. Half the time Agro won’t even respond to the direction you’re indicating with your controller. You learn to endure the pain, but it’s tough to adjust after playing more modern games who have mastered horse riding. In addition, the game’s camera sometimes doesn’t keep up with the actions you’re performing. When taking down a colossi, the camera would often get stuck in a wall, or in the creature's body, causing me to be unable to see what was happening. While I understand preserving the feel of the original, some minor tweaks could have made for a smoother experience.

Galloping through environments is a cumbersome experience, but the view sure is nice. Everywhere you look there’s gorgeous, sweeping landscapes, highly detailed cliffs, and life-like trees. Every second on screen looks like a painting, and you can preserve that image thanks to this remaster’s added photo mode. Few games cause me to want to pause and take in sights over performing actions, but I was floored each time I encountered a new area. 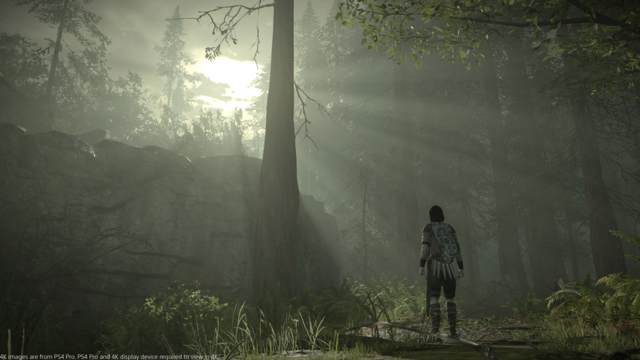 The 2005 original was praised for its large scale boss fights and this remaster only improves upon that with its updated visuals. Colossi come in various forms, ranging from humanoid giants, to hydras and massive birds. Taking one down requires you to literally climb on top of them, which often results in much trial-and-error before knowing exactly the path to success. Getting to them often means egging the colossi on until it does a specific movement that enables you to latch onto its limbs. From that point on, it’s hanging on for dear life as you try and find its weak spots that will deplete its health, resulting in bittersweet victory. Bringing down one of these majestic creatures is an emotional experience. The colossi exude an almost human-like quality as they fall to their death. Despite understanding Wander’s motivation for killing them, I couldn't ever get over the somber feeling of watching one take its last breath.

After 13 years, Shadow of the Colossus still holds a place on PlayStation’s Mt. Rushmore of games. The updated visuals help to fully realize the ambition of the original version. Aside from the movement feeling awkward at times, I learned to forgive it in order to see the story through, and the payoff is well worth it. Whether you’re going back to revisit this classic, or being introduced to it for the first time, don’t miss out on this exceptional title.