Madden NFL 19 fails to capitalize on the winning formula that made its predecessor shine. The game continues the tradition of being the best (and only) football simulator in the gaming industry on a mechanics level, but more than a few pages seem to have been ripped out last year’s playbook, making the series feel it threw a pick-six rather than a touchdown, taking the franchise in the wrong direction.

Every year, the Madden NFL franchise has the tough task of explaining what makes this year’s edition better than the last. The new features this year are under-the-hood and are mostly unnoticeable to the naked eye, making it a harder sell than years past. The additions include ‘Enhanced Control’ that brings life-like animations to the players on the field, ‘Push The Pile’ helps to pick up a few extra yards, and new player celebration features have been added to make scoring a touchdown feel even more exciting. I’m all for adding little touches to enhance the overall gameplay, but there’s no equivalent to the “Hit Stick”, the “Vision Cone” or “Online Franchise” of the series’ past. 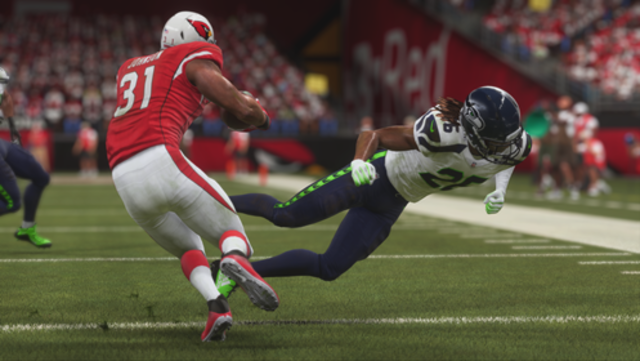 My most anticipated feature in Madden NFL 19 was its sequel to last year’s Longshot story mode titled, Longshot: Homecoming. EA pulled out all the stops for Madden NFL 18’s story mode. From the life-like motion capture using Oscar-winning actors, to the multiple ending options, 18’s Longshot felt like a step in a new direction few sports games have gone. Unfortunately, Longshot: Homecoming felt like it was scrapped together at the last second, making it a colossal disappointment. Dialogue between characters felt clunky, the motion capture made it look like a game from last generation consoles, and the story beats are incoherent. Last year’s story mode had me emotionally invested during every second of its runtime and instead this year Longshot: Homecoming fell short of keeping me even remotely invested or interested.

While playing through numerous sessions, I noticed multiple bugs that need to be smoothed out. The glitches I encountered included the ball appearing to be stuck inside a player’s arm after being tackled and the camera angle changing at random times without me commanding it to do so. A few patches ought to do the trick, and none of the bugs broke the game for me at any point, but there’s definitely a lack of polish at its current state. 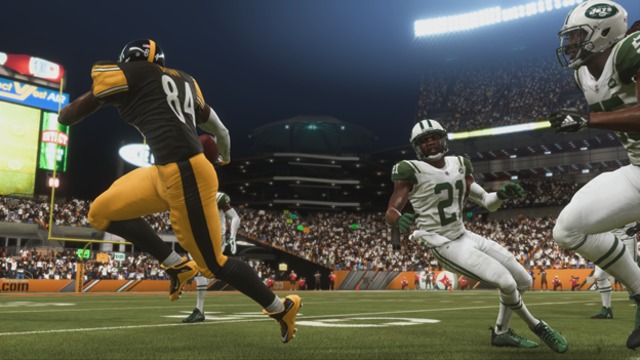 My favorite mode in 19’ is the returning Madden Ultimate Team (MUT) mode. MUT provides you with a lineup of both current players and retired legends and puts you up against many different football-related challenges. Think of it as mini-games, but with a Madden flare. The more challenges you unlock, the quicker you can upgrade your squad and achieve victory more frequently. This game mode is perfect for the moments when you can’t commit to an entire playthrough of a game, but have a half hour before you leave for work. New challenges are scheduled to drop each week, giving the game a much needed long-tail feature. MUT challenges would be the most ideal on a pick-up and play console such as the Nintendo Switch, but sadly Madden is not currently on that console. (Get on it, EA and Nintendo).

This is far from the best Madden, in fact, if you’re on a budget, this might be the year to skip and buy something else. Madden has become comfort food in the gaming world, however, there are years I wish that EA would simply release a roster update at a discounted price rather than shelling out $60 each year. That being said, juking by a defender and running for a 75-yard touchdown against your opponent remains one of the greatest joys in gaming. If you’re someone who buys Madden every year you’re going to buy Madden NFL 19 regardless of this review, but if you’re on the fence, consider changing up your game plan and checking out another sports game.