A challenging and charming platformer 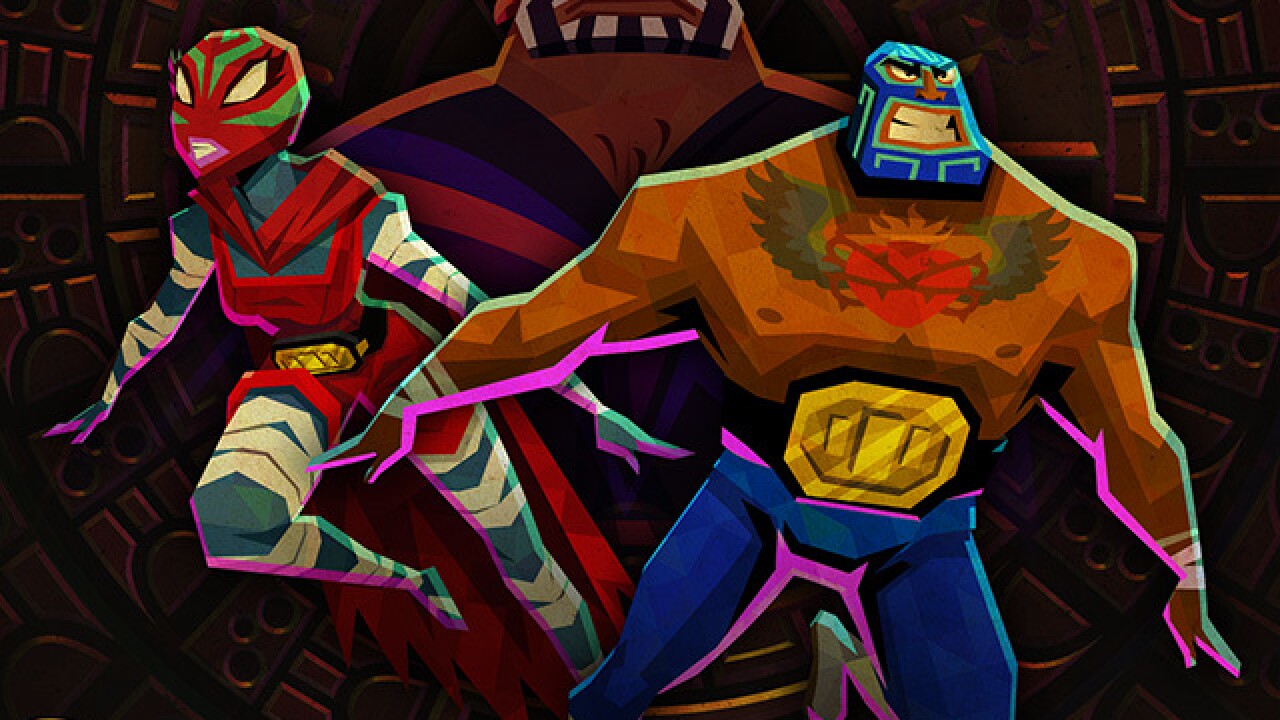 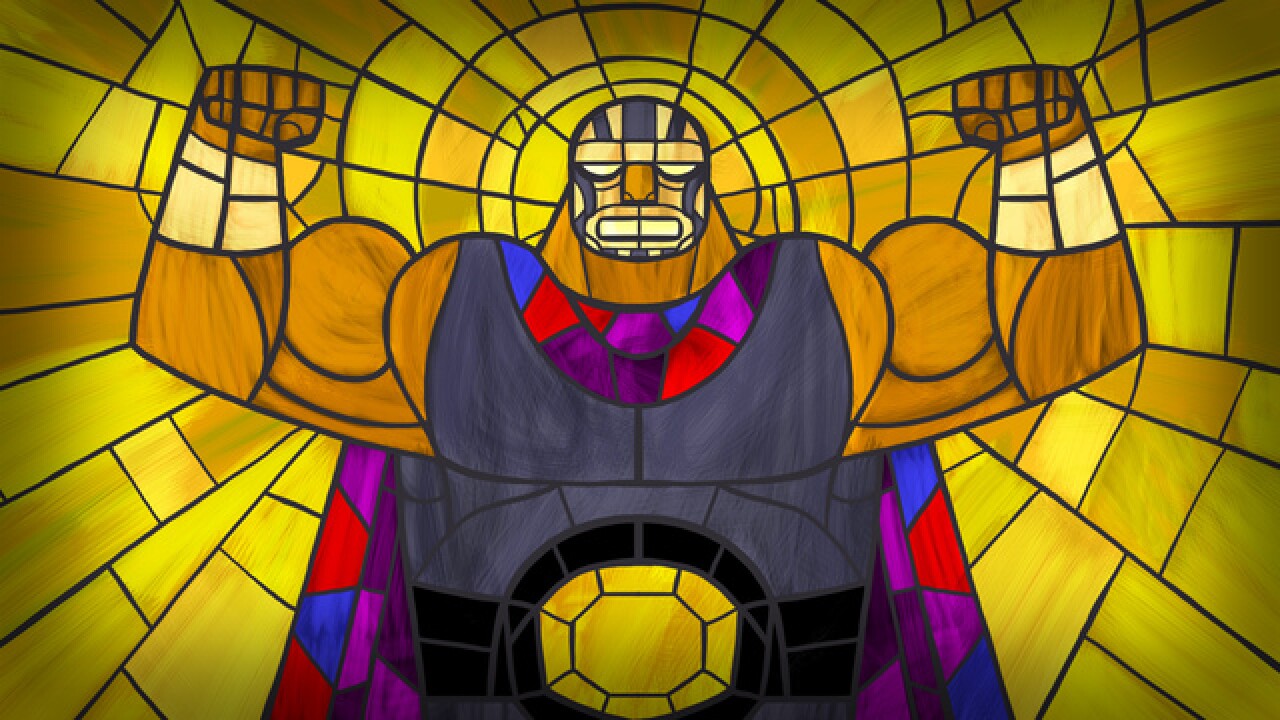 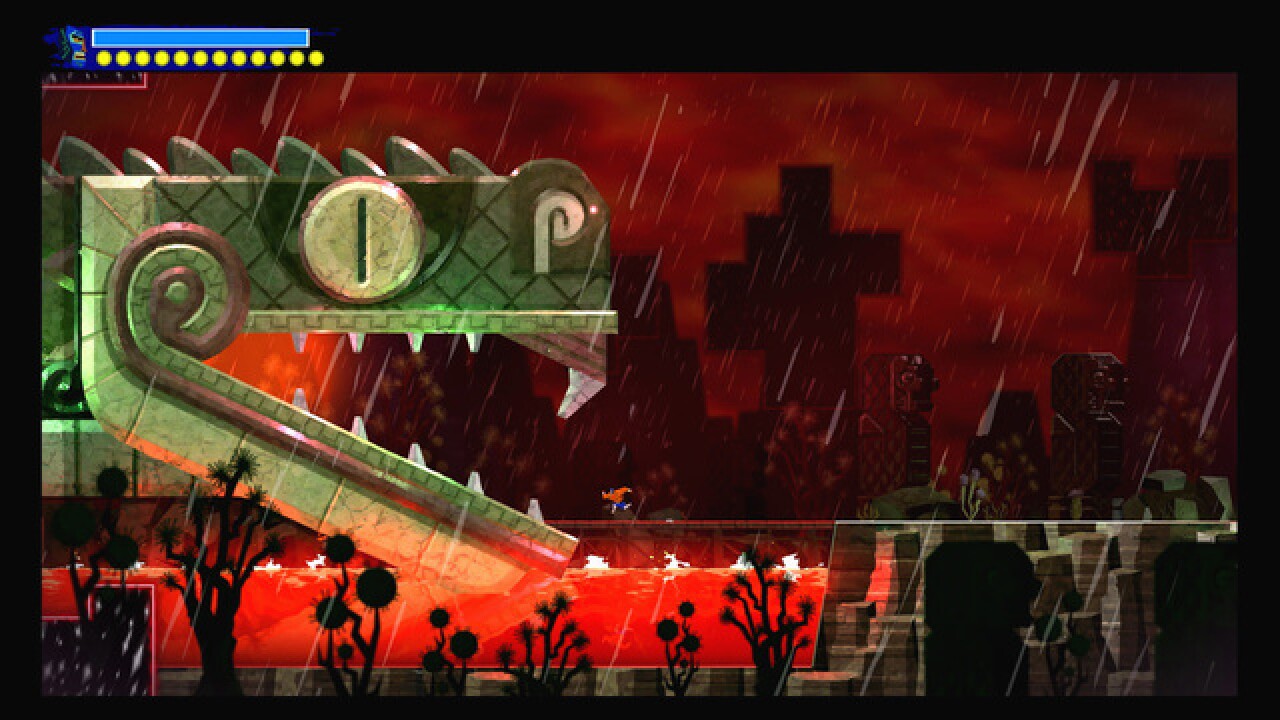 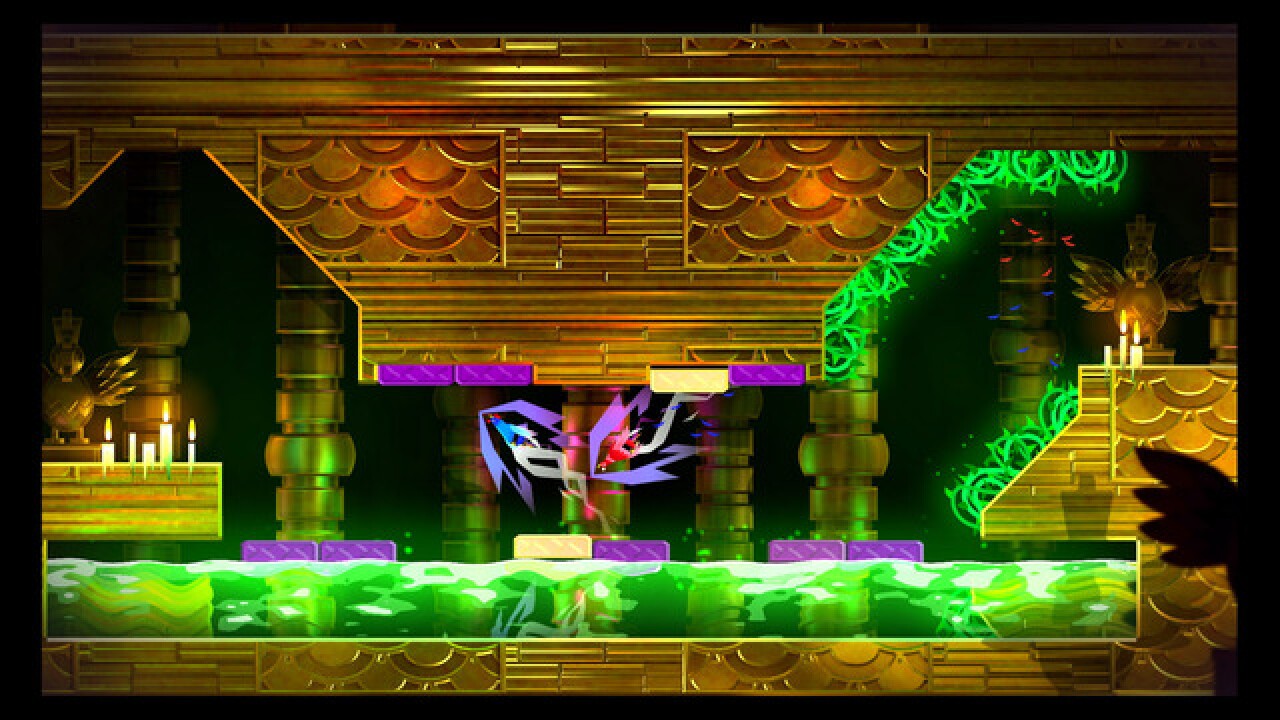 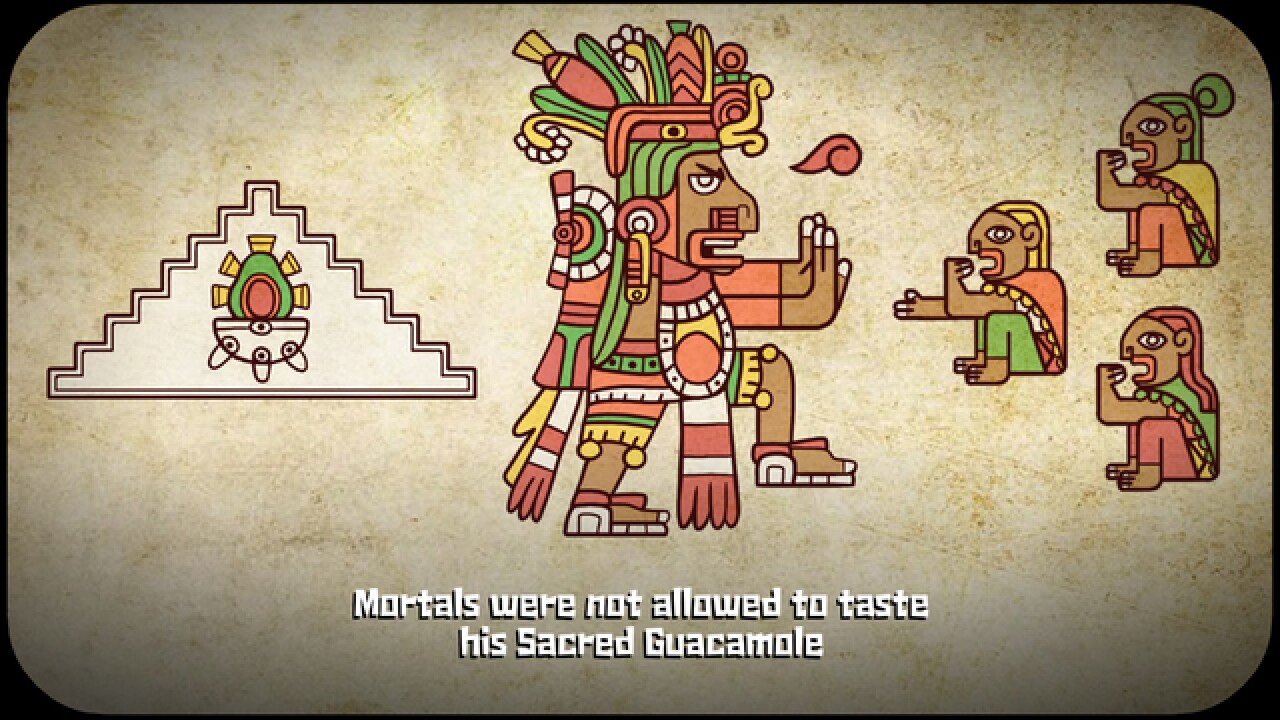 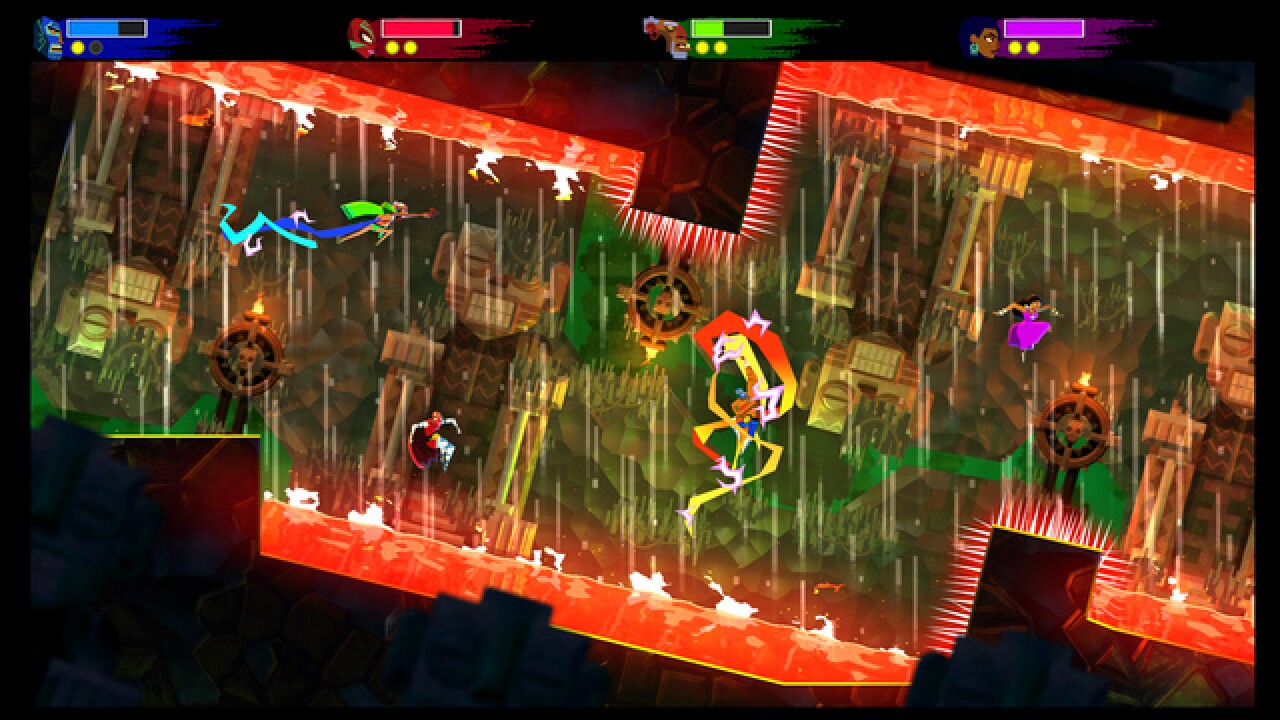 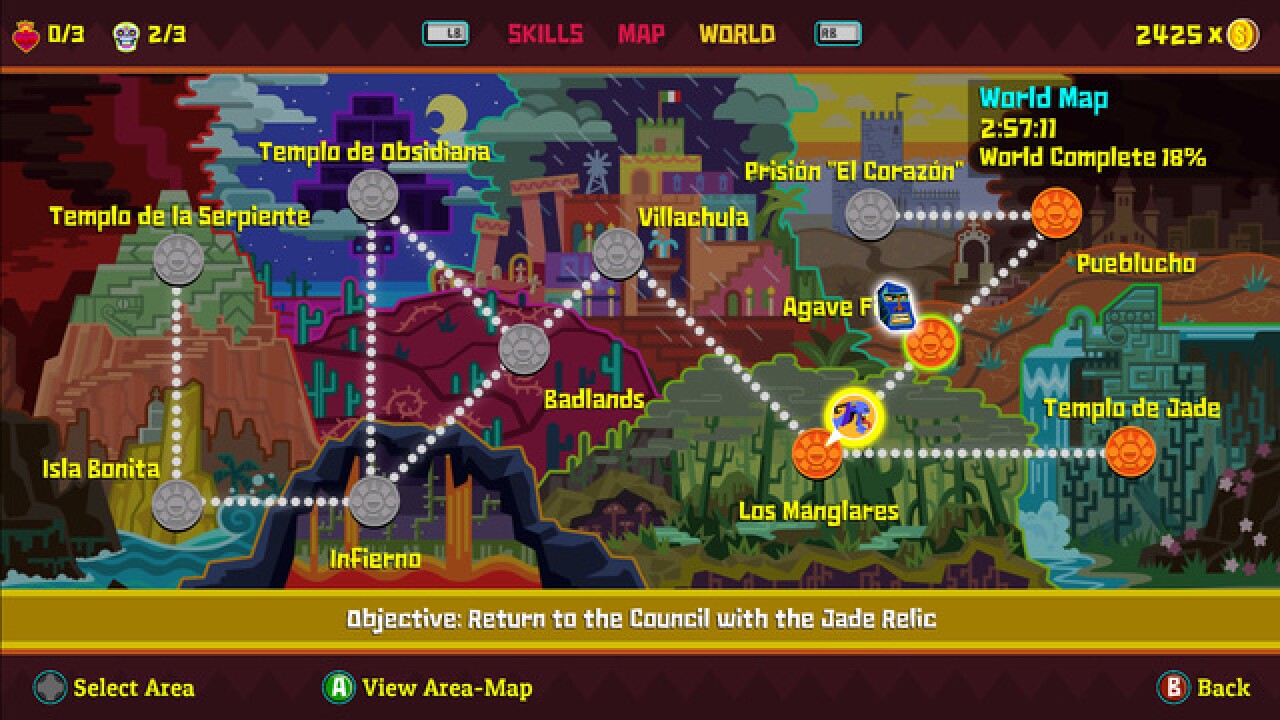 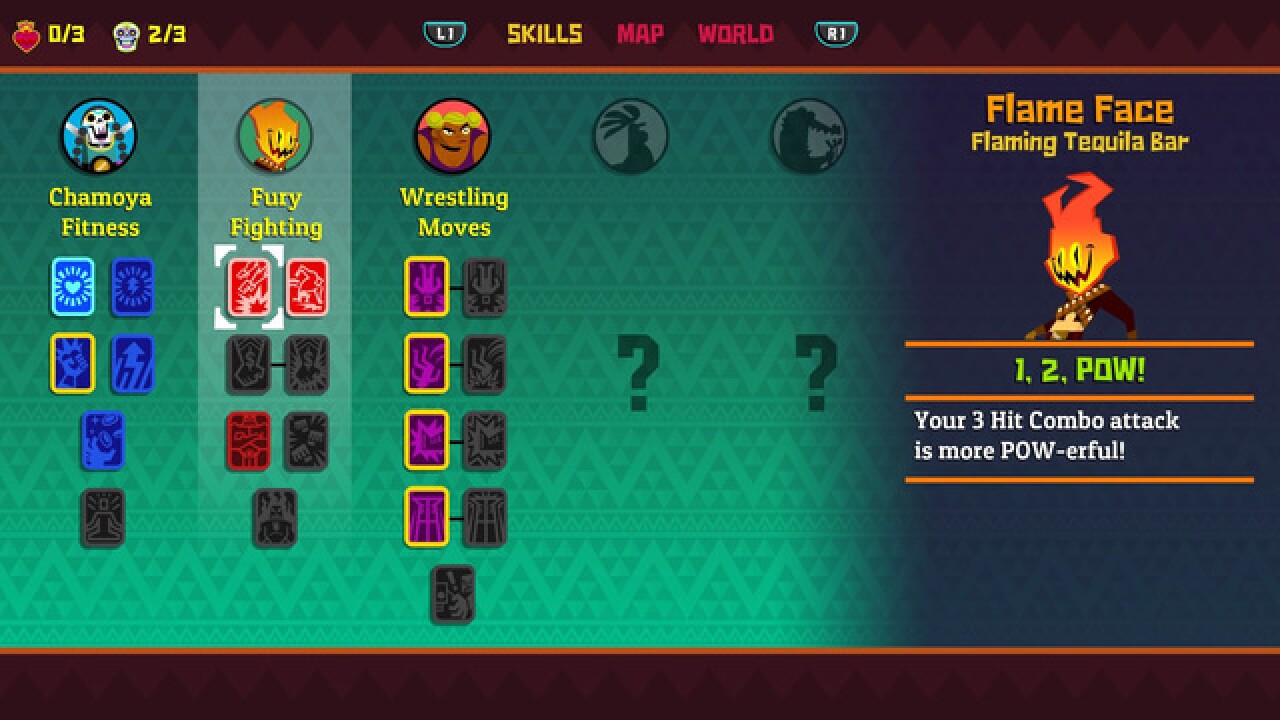 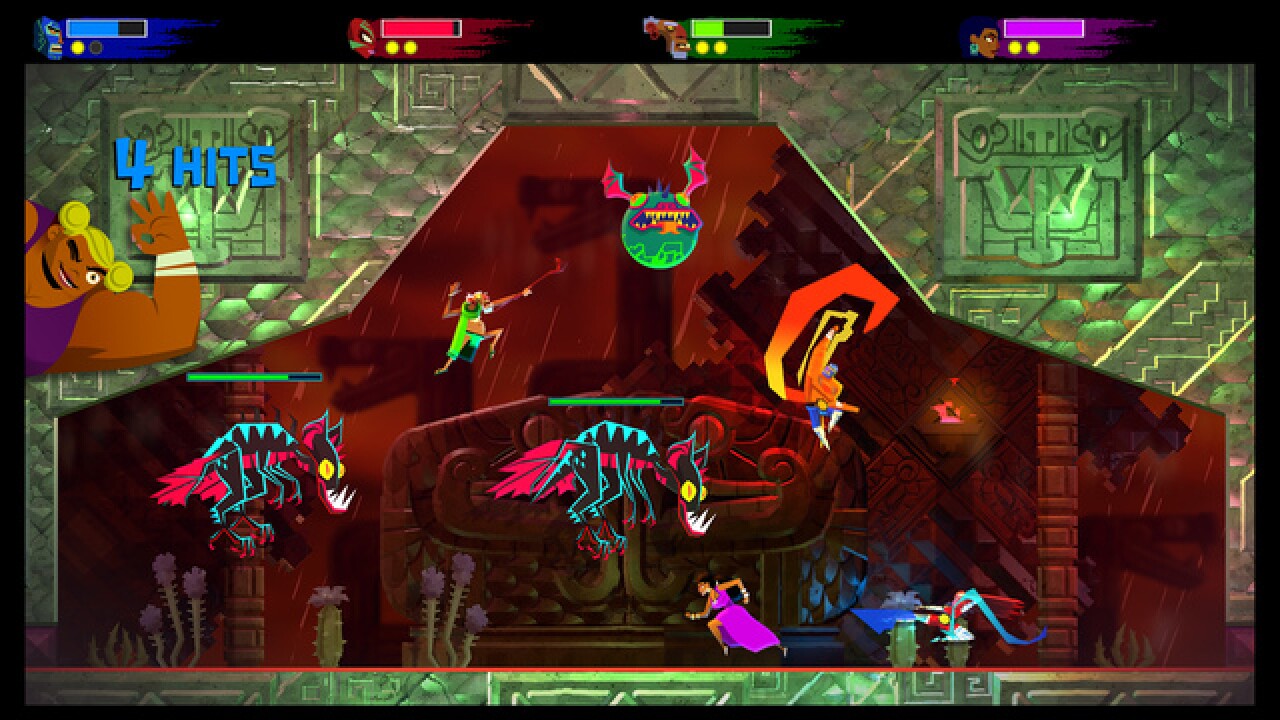 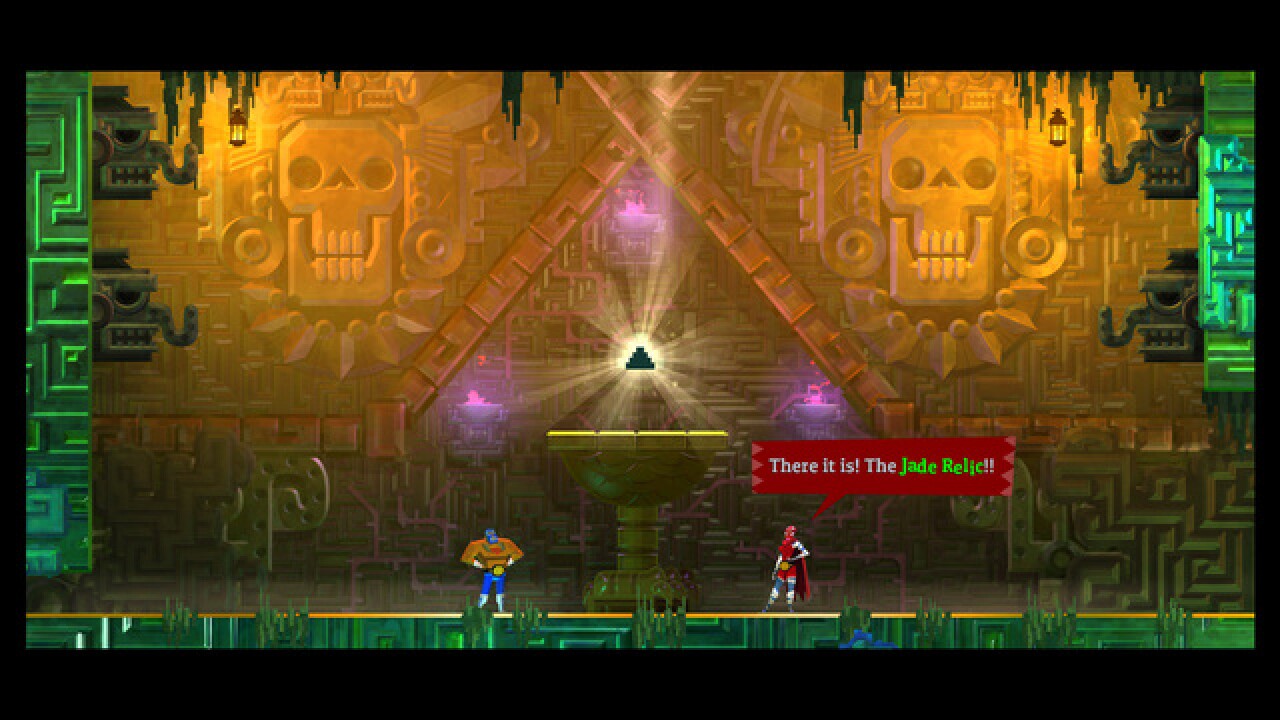 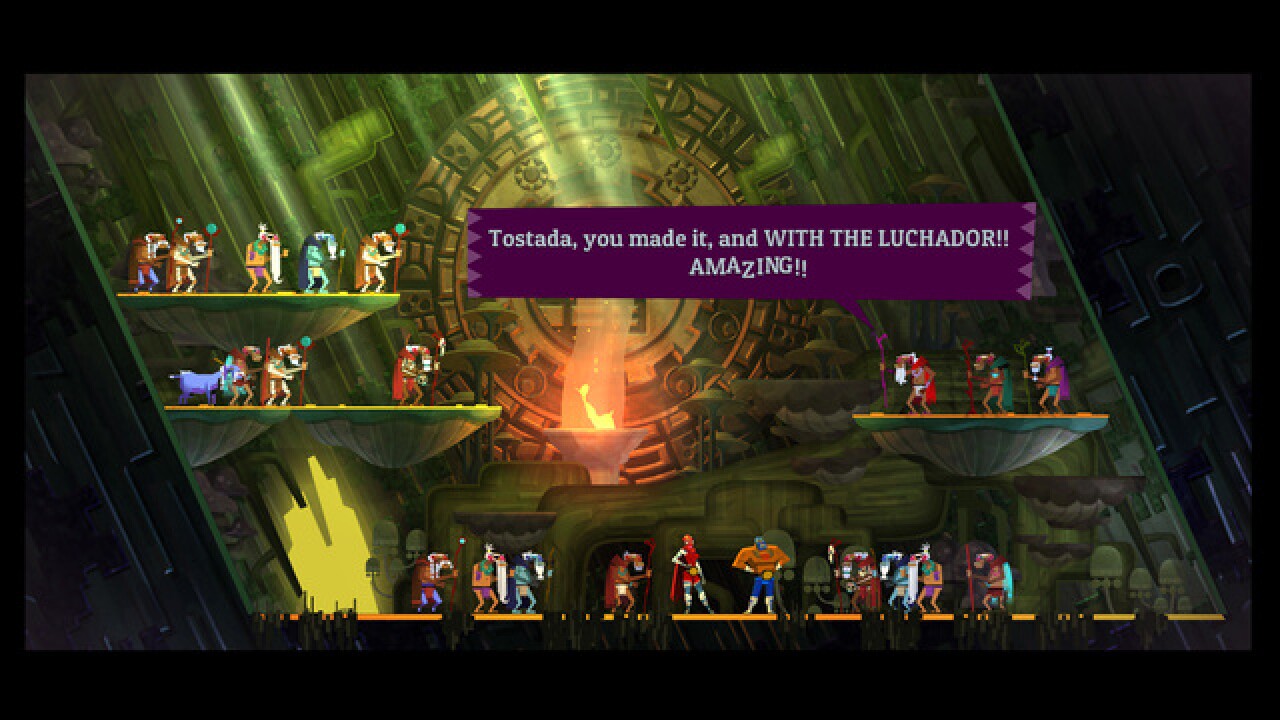 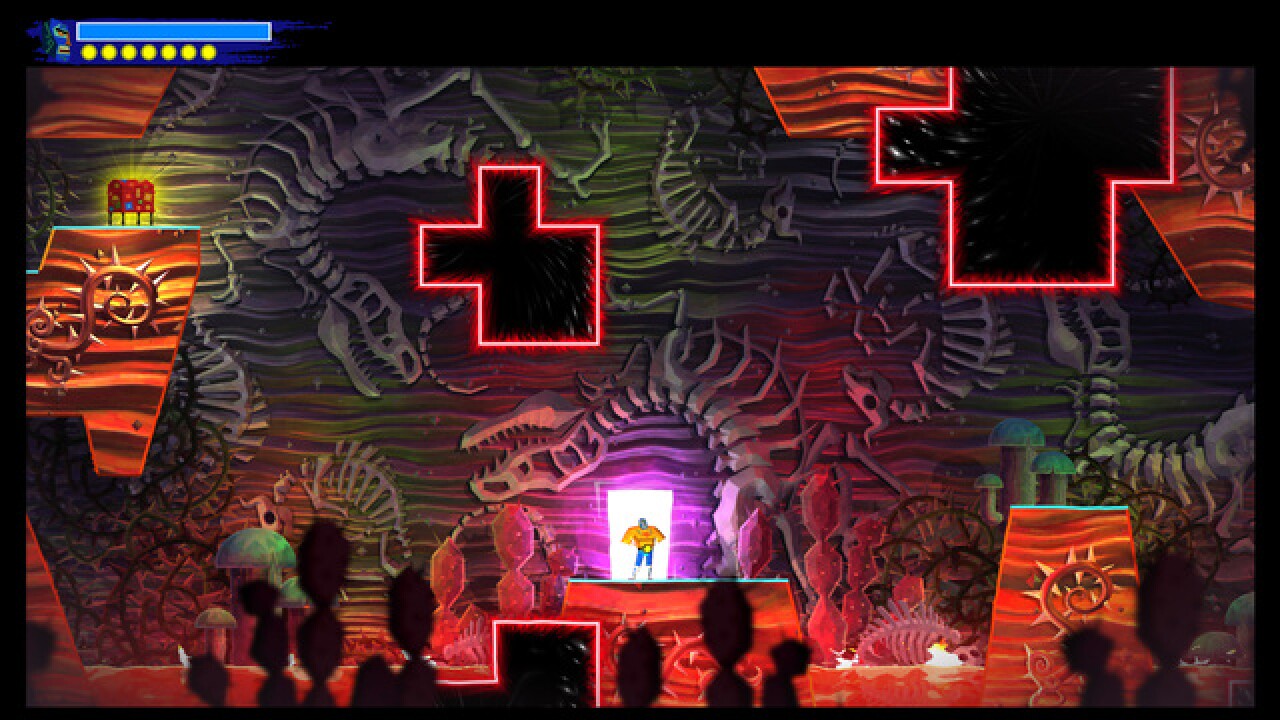 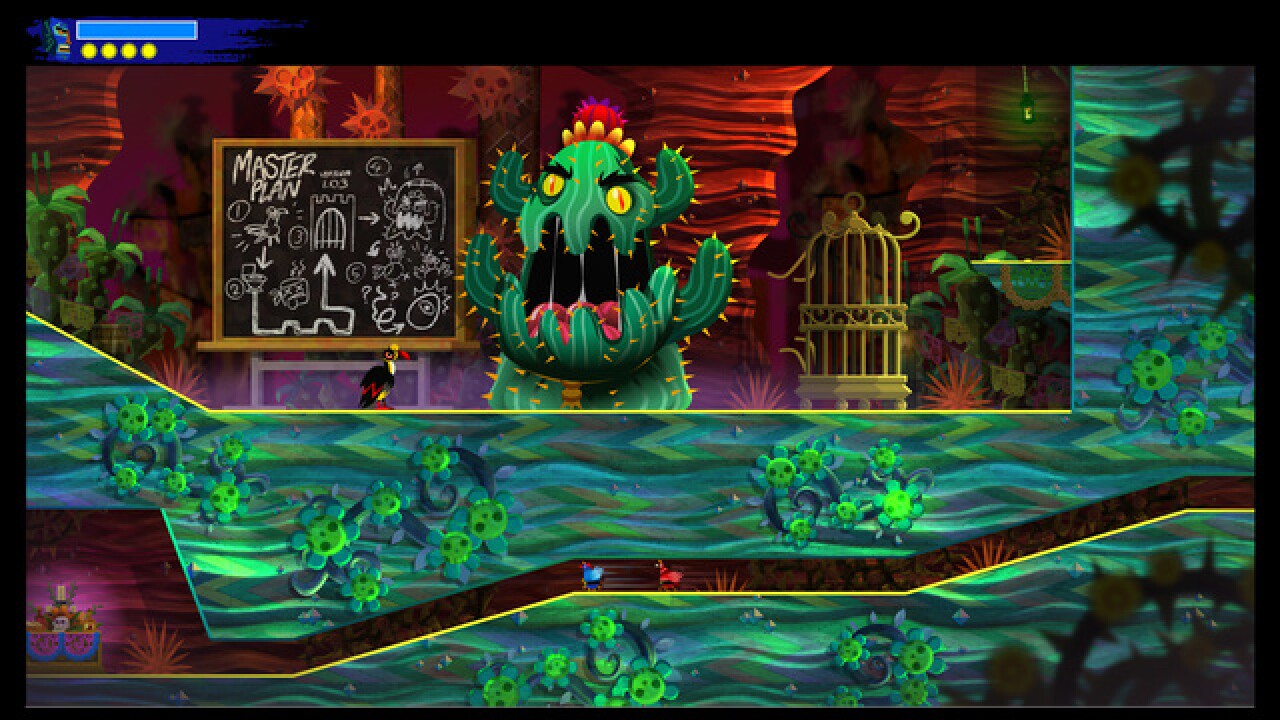 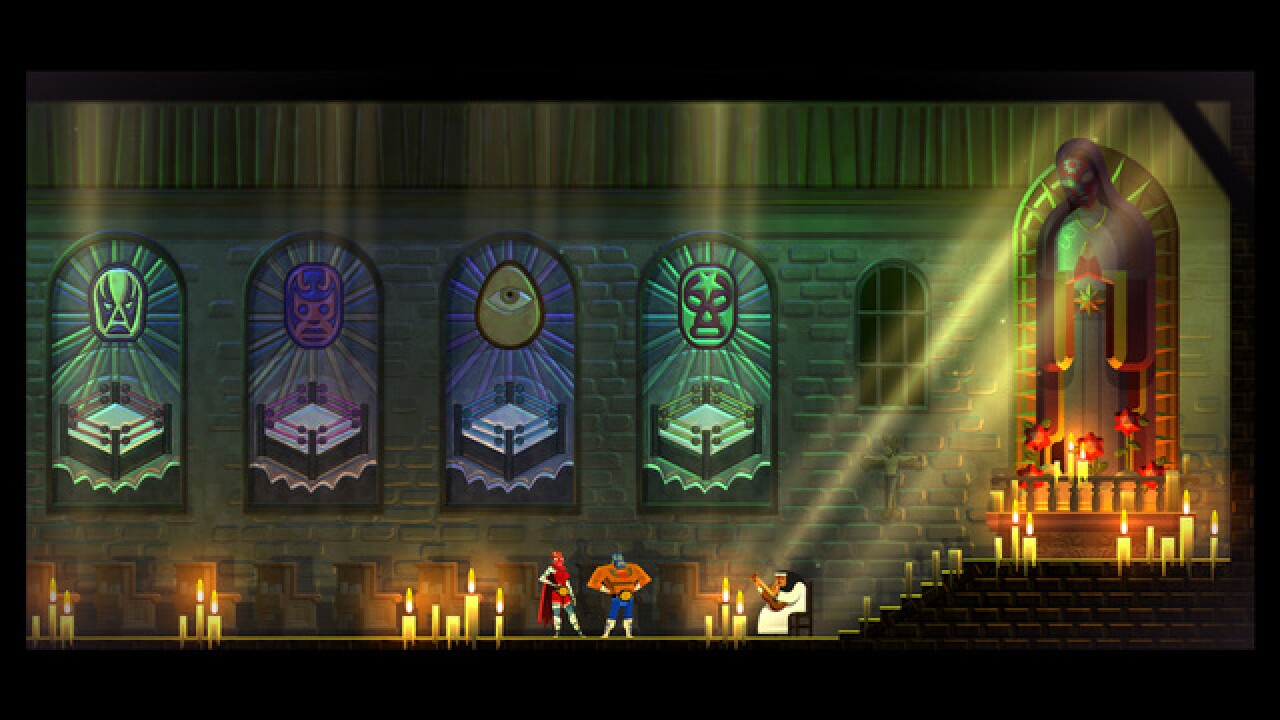 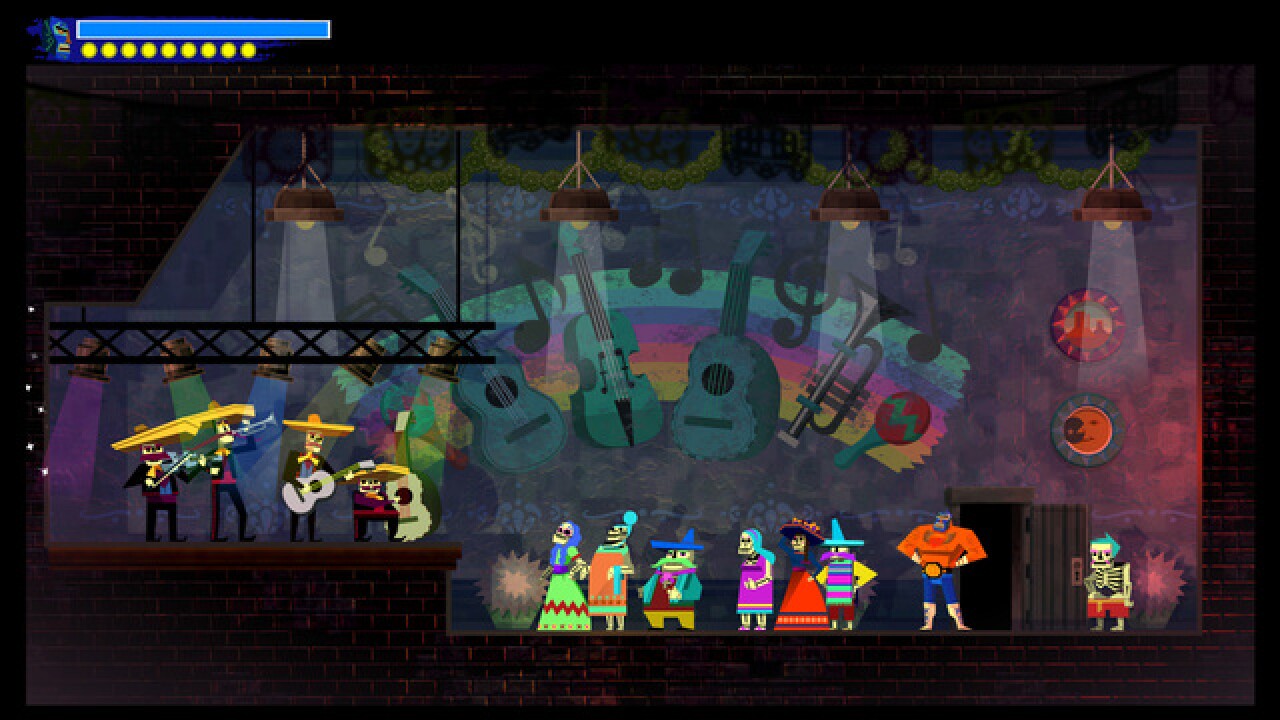 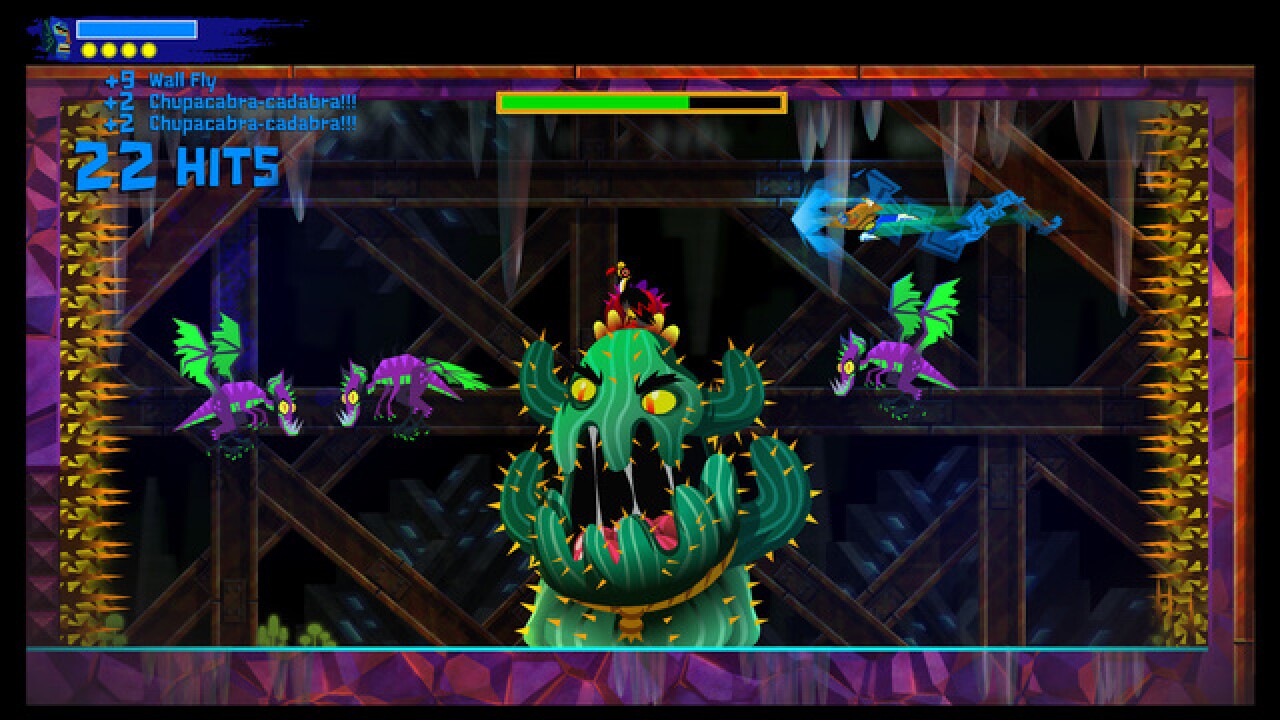 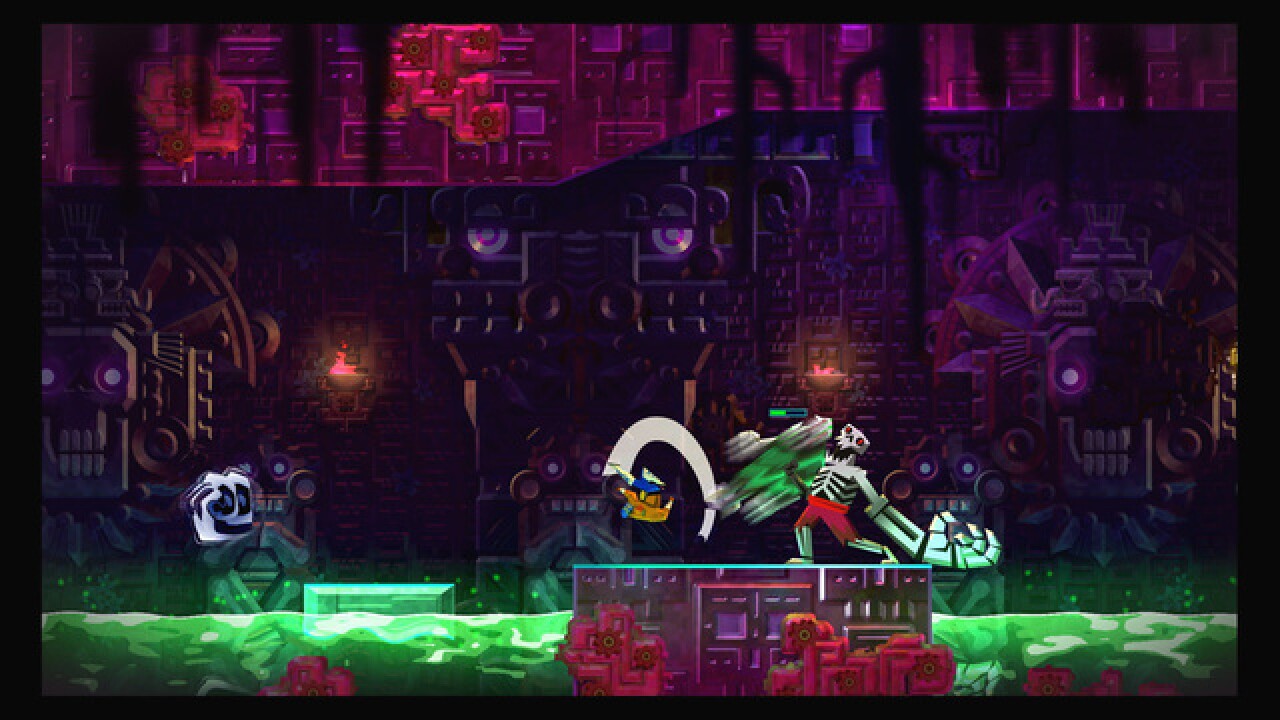 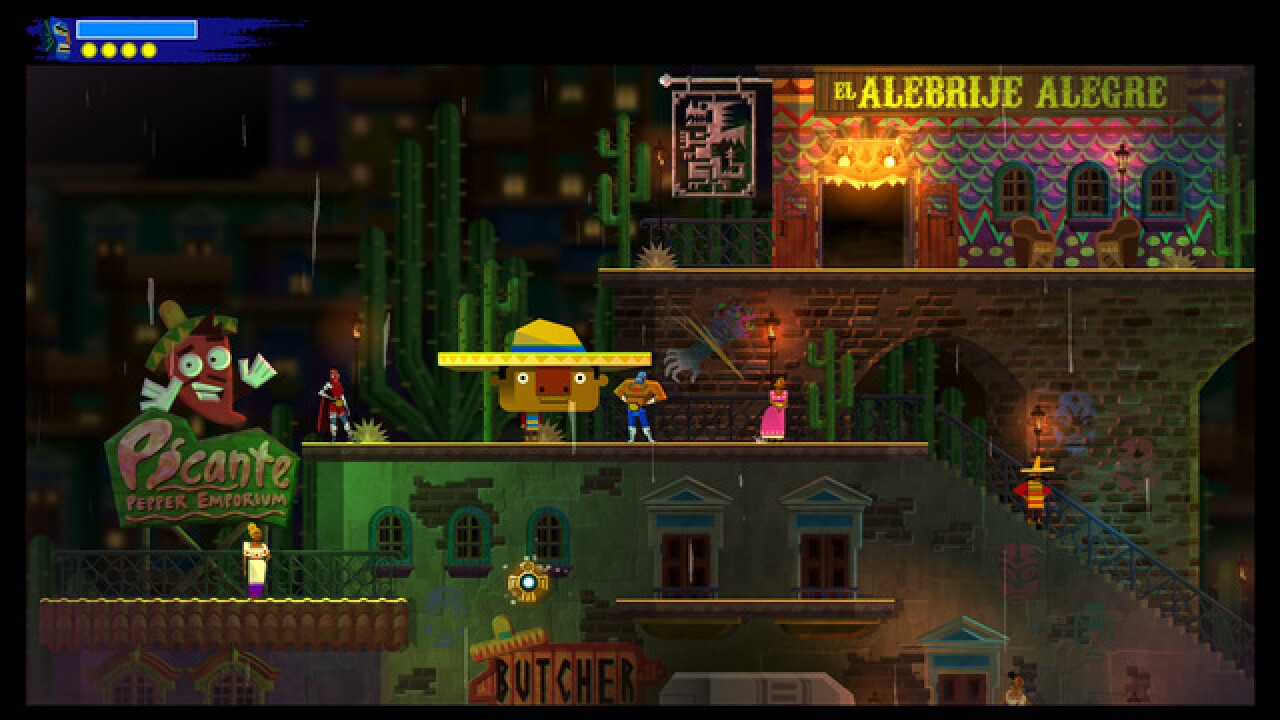 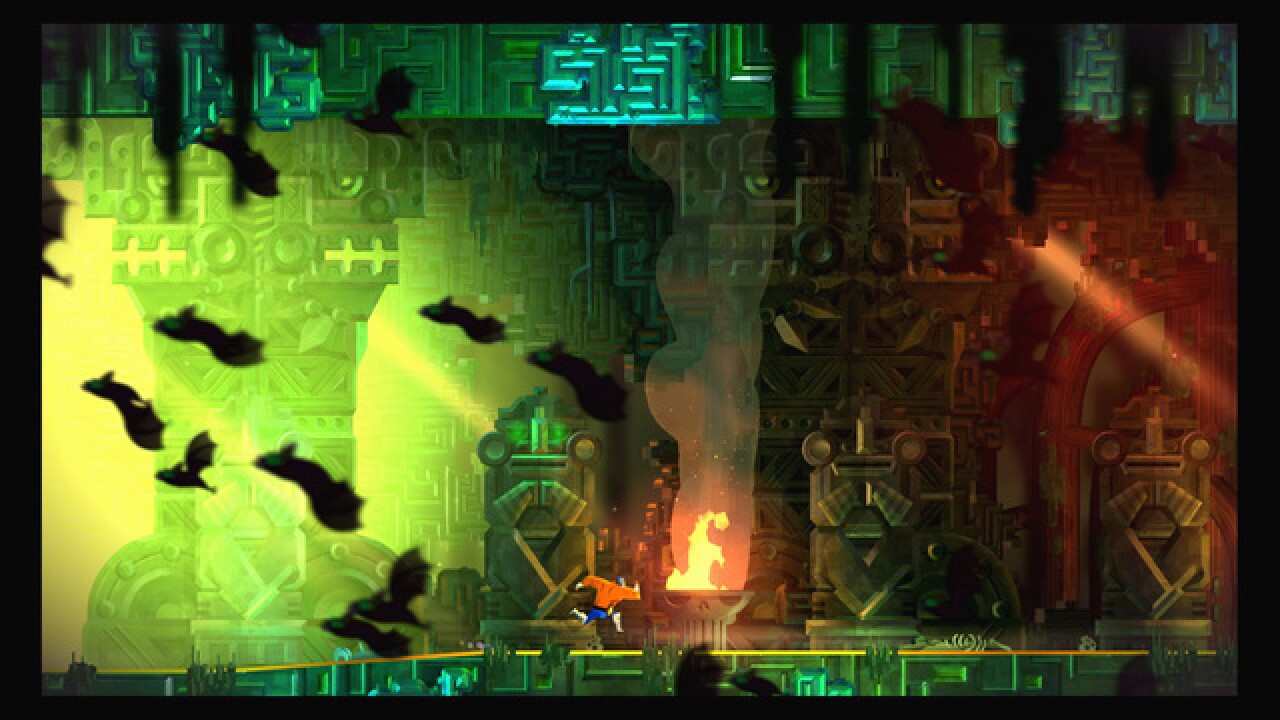 Guacamelee 2 is a challenging and charming platformer that expands beautifully upon the blueprint of the 2013 original. This 2D Metroidvania-style beat-em-up checks all the boxes for the makings of a perfect sequel: the world is bigger, the levels are more challenging, and the writing is exquisite. Developer DrinkBox Studios took over 5 years to expand upon the luchador lore, and it was well worth the wait.

What sets Guacamelee 2 apart from the currently crowded field of sidescrolling platformers is its visual aesthetic and music. The Mexican art style is popping with bright colors and animations; think of it as a comic-book look inspired by Day of the Dead themes. This look is perfectly complemented with a mariachi-inspired soundtrack. The music is so catchy that I would actually wake up with the rhythm and beats occupying my brain space. The combination of the game’s beautiful art and music simply make moment-to-moment gameplay an absolute joy between story beats.

The story of Guacamelee 2 picks up seven years after the events of the original. Juan Aguacate is now a retired, out-of-shape luchador reminiscing on old times. When a new foe appears and threatens his family and the overall Mexiverse, Juan must shake off the rust and set out to once again save the world. Along the journey, you’ll encounter both new characters and returning favorites. Also, similar to the first game, you’ll encounter chickens, lots and LOTS, of chickens. The adventure took me just under 10 hours to complete and every second of it is action-packed.

On a combat level, Guacamelee 2 is even more robust than the original. The slate of wrestling moves Juan is capable of performing provides the player with a wide variety of finishing moves. Executing the moves is a blast, but at times I did feel overwhelmed by the number of options. In the later stages of the game, enemies weaknesses become so specific to certain moves that I sometimes struggled remembering what button combinations I was supposed to use. Trial and error is a part of the Guacamelee games and after dying a few dozen times the eventual achievement of victory is sweet.

When you’re not body slamming skeletal hordes, you’ll be making your way through intense platform challenges. Similar to the number of wrestling moves, Juan’s movement abilities are vast. Stages make you alternate between human and chicken form while traversing up, down and sideways. Nailing the exact button combination is often a matter of life and death, with death being more frequent. At times I felt that my hands betrayed me as in my head I definitely did not intend on executing the move that I did. The comical part is that every time you die you know, deep down, it was truly your fault, not the game’s.

Presenting humor in games is extremely difficult. Often times for every good joke a game makes there will be many that fall flat. Guacamelee 2’s humor is presented using only text, since there is no voice acting. This takes any chance of cringy voice-overs ruining a joke and giving writers complete freedom to focus on the witty dialogue. The game’s humor is presented in many ways, including breaking the fourth wall, cheesy puns, and referencing classic video games with a comical twist.

I wasn’t sure how I felt about there being a sequel to Guacamelee, the first one felt like rare one-off in an industry filled with sequels. After booting up the game for the first time I realized how much I missed this world and these characters. Drinkbox Studios is two for two in this series and if an announcement came that a Guacamelee 3 is coming to round out the trilogy, that would be muy emocionante (very exciting).