Five best places to fish in northern Arizona this summer (2020) 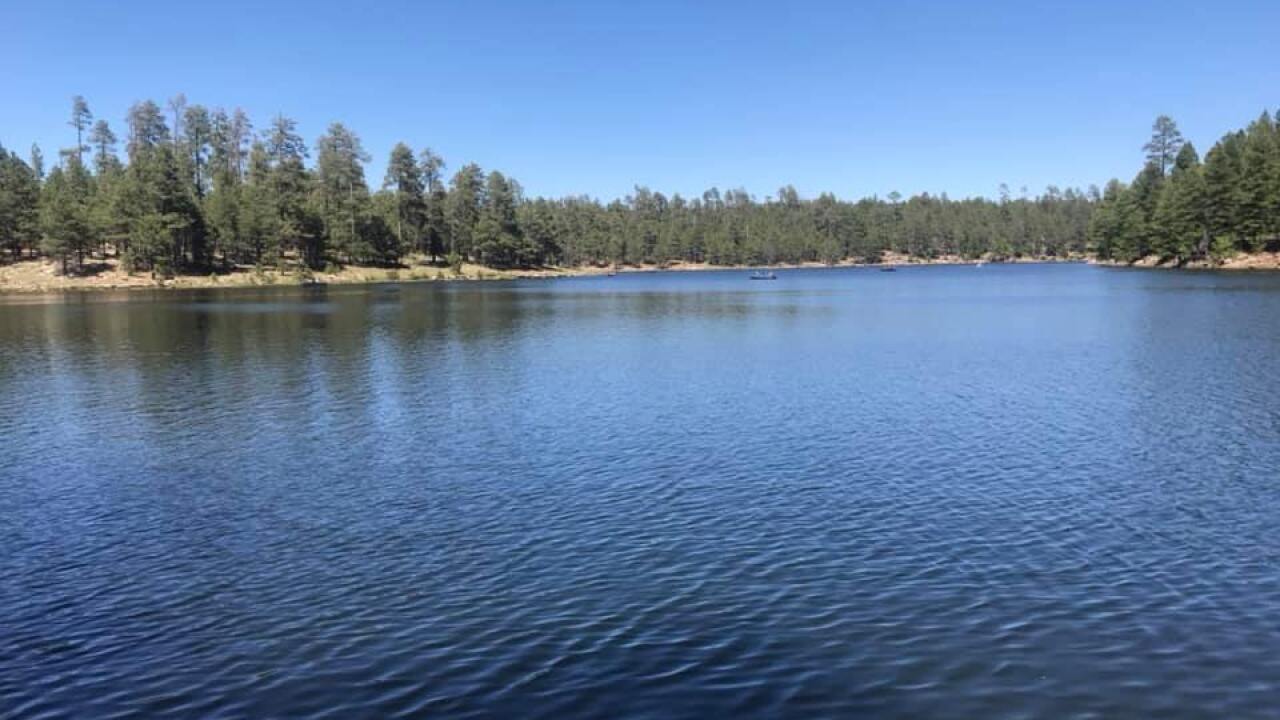 Fishing is a great option to get outdoors and explore Arizona, so we reached out to the Arizona Game and Fish Department to find out where the fish are biting up north!

Here are the five best places to fish this summer in northern Arizona, according to AZGFD’s Andrew Clark.

We know that families are looking for activities to do safely. If you are looking for something to do, we've put together this list of locations that we know are open. We also understand that each person and family will have to decide what their own personal comfort levels are for any outdoor activities. ABC15 isn't endorsing any of these locations or recommending that you leave your home. If you choose to do so, please practice social distancing, wear a mask, and frequently wash your hands.

Heavy winter snowfall, combined with last year’s trout growing in size, makes Ashurst Lake one of the best in the state this summer!

“Anglers have done well all year catching both holdover rainbows along with freshly stocked trout,” said Clark. “Folks have been catching them on worms under a bobber, small lures, and PowerBait.”

Kaibab Lake’s wide variety of fish makes it one of the most fun trips to take. Aside from freshly stocked rainbow trout and holdover fish from last year, Kaibab is well stocked with other species.

“Anglers have also been catching black crappie, bluegill and catfish,” according to Clark. “Juniper trees installed as natural habitat over the last several years has concentrated fish and made them more accessible to anglers. Again worms under a bobber, PowerBait and lures have worked well.”

If you’ve never made it to the White Mountains, Big Lake is the place to go! Escape the heat while going after several different species of trout including rainbow, cutthroat and brook trout. Warmer months will send trout deeper into the lake, but you can still have some luck in July and August.

“Big Lake rarely stratifies, so the trout are able to go deep to cold water in July and August. Trolling spinners, flies, or small crankbaits works well in early summer and is moderately successful in mid to late summer,” Clark said. “Bait and shore fishermen can try anything from worms to PowerBait. To attract Cutthroat, use lures that resemble crayfish or their movement. Brook Trout will hit flies, but also try nightcrawlers on the bottom.”

The natural wildlife in the White Mountains will also keep the entire family entertained!

Willow Springs Lake is also benefiting from a great snowmelt runoff over the spring. The lake is stocked weekly with trout through July, and more sporadically the rest of the summer. Will Springs also has lots of great fishing options for kids after several species were illegally introduced into the lake.

“Try Kastmasters, small Rapalas or Panther Martins for trout in early summer while water temperatures are still cool. Shore anglers fishing for trout can try nightcrawlers or PowerBait. As summer wears on, water temperatures increase, driving trout deeper towards cooler water. However, the lake stratifies by late June, with only the top 18 feet of water having enough dissolved oxygen for trout,” Clark said. “The trout tend to suspend at the 16-18 foot depth in July-August, which is where lures and bait should be presented at that time. Green sunfish, largemouth bass, and smallmouth bass were illegally introduced to this lake and there are no limits on them. Kids can try a small hook with a worm under a bobber during the warmer parts of the day to catch sunfish when the trout aren’t biting.”

Woods Canyon Lake provides great amenities, easy access and a beautiful day trip for the entire family along the Mogollon Rim. The shore set up is also naturally developed to encourage social distancing while fishing. Rainbow trout are stocked in the lake through the summer, and tiger trout are stocked through July.

“Try Kastmasters, small Rapalas, Panther Martins, or flies for trout in early summer while water temperatures are still cool. Shore anglers fishing for trout can try nightcrawlers or PowerBait,” Clark says. “As summer wears on, water temperatures increase, driving trout deeper towards cooler water. However, the lake stratifies by late June, with only the top 18 feet of water having enough dissolved oxygen for trout. The trout tend to suspend at the 16-18 foot depth in July-August, which is where lures and bait should be presented at that time.”

Clark also said green sunfish were illegally introduced into Woods Canyon, and is a great option for kids when trout aren’t biting. He recommends a small hook, work and bobber during the warmest parts of the day.