Golf is one of the few examples where the videogame version of itself is more enjoyable than the actual sport. Rather than getting sunburned, worrying about which obnoxious polo to wear, and figuring out which club to use, you can instead sit on your couch avoiding any risk of turning into a lobster and play a quick 18 in a matter of minutes with the supremely addicting Everybody’s Golf.

The long running Hot Shots Golf series has been brought to the PlayStation 4, this time adopting the ever popular open-world trend. In the game, you play as a character that you create from scratch. It’s an impressive character creator that offers a great amount of detail, so detailed that the version of myself that I made draws a striking resemblance. The game’s charming Japanese art style is a delight to take in, but what kept me playing for hours and hours (seriously, so many hours) is the difficult to master, yet rewarding gameplay. 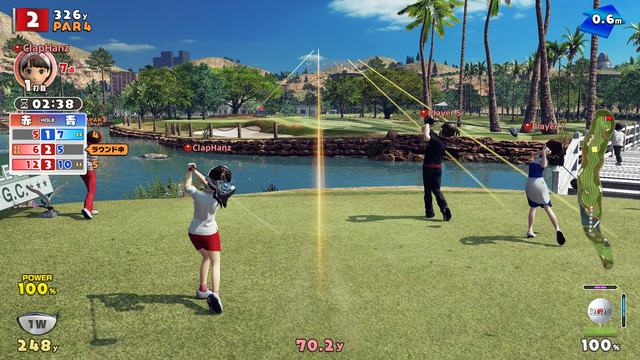 The game’s progression system focuses on your character’s clubs rather than unlocking new and improved equipment as featured in previous entries. At the start, hitting the ball a great distance is impossible, but as your use of the club increases, so do your stats. The four stats for each club are power, back door, backspin, and control. This gives the player an additional thing to think about before taking each swing. 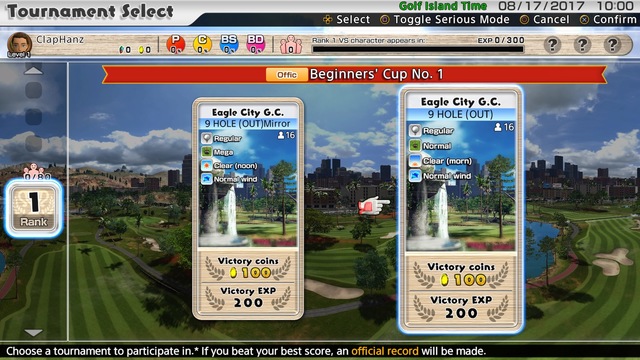 To get the most out of Everybody’s Golf, it requires a fair amount of commitment. For each level of ranking, you must defeat three bosses who you then unlock as playable characters. They are easy to overcome in the beginning, but as your rank increases, their skill level, as well as the golf course itself, rises in difficulty. What kept me coming back is the noticeable improvements I was making. I went from hardly being able to putt, to be able to chip in a birdy from 30 yards out. I also never felt that I was being unfairly punished despite the difficulty increasing. Failing to overcome an opponent just meant that I would have to keep chipping away until I ironed out my weaknesses. 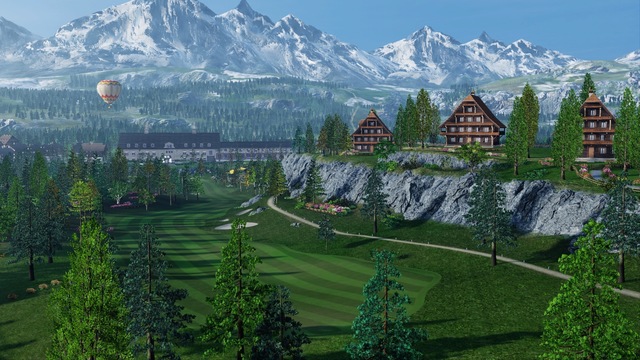 My favorite part of the game is the online component and this is where the open-world feature comes into play. As most golf games go, players make a putt and then wait for a loading screen to advance them to the next hole. Everybody’s Golf changes that by making you walk to the next hole yourself. It seems tedious, but it’s actually quite enjoyable. As you walk to the next hole you can interact with other players, drive a golf cart, and even do some fishing. It’s absurd that a golf game offers so much variety, and that’s what’s so enjoyable about it. 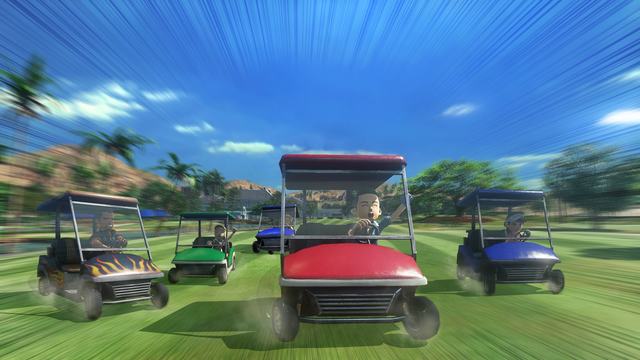 Everybody’s Golf, as the name suggests is for all skill levels. It’s a game that could be played for a half hour before bed, or a game that you could lose an entire day to. It’s rewarding progression system, charming art style and impressive online world easily makes it the best golf game in years. Instead of waking up at the crack of dawn to golf in real life, sleep in, make a cup of coffee and “putt” your skills to the test on the virtual links.