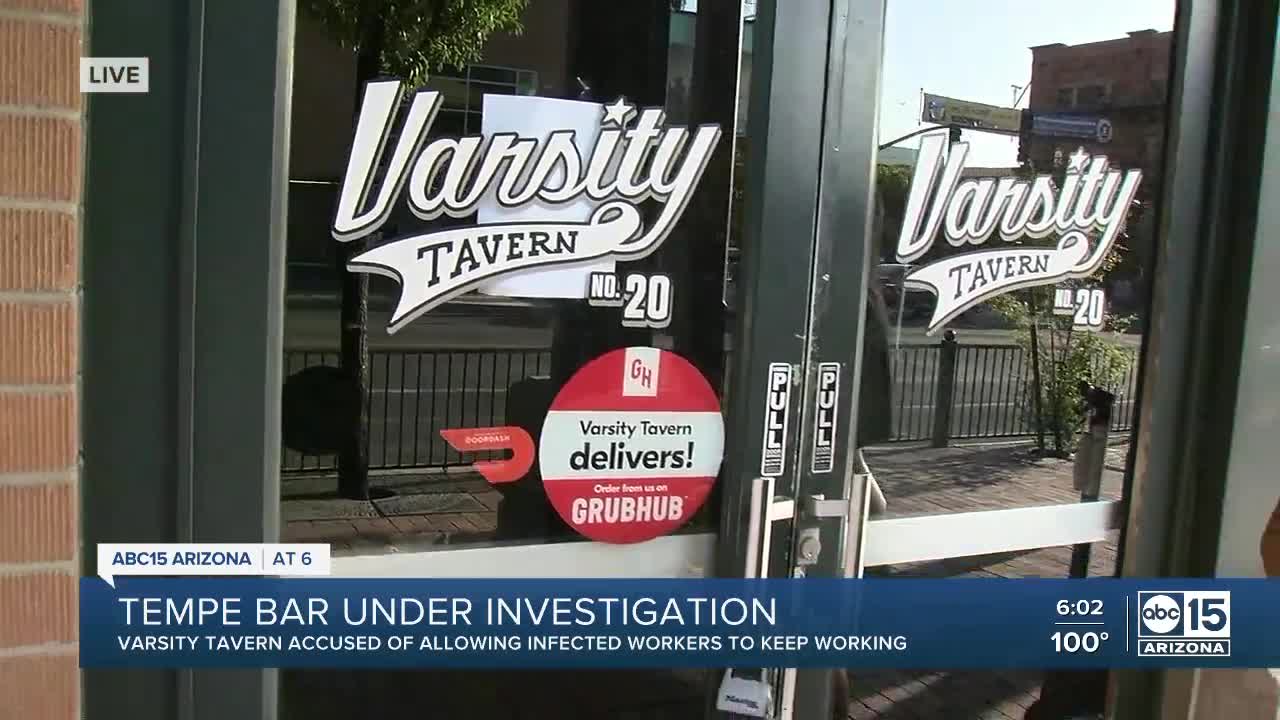 Varsity Tavern in Tempe is accused of allowing infected workers to continue to come to work. 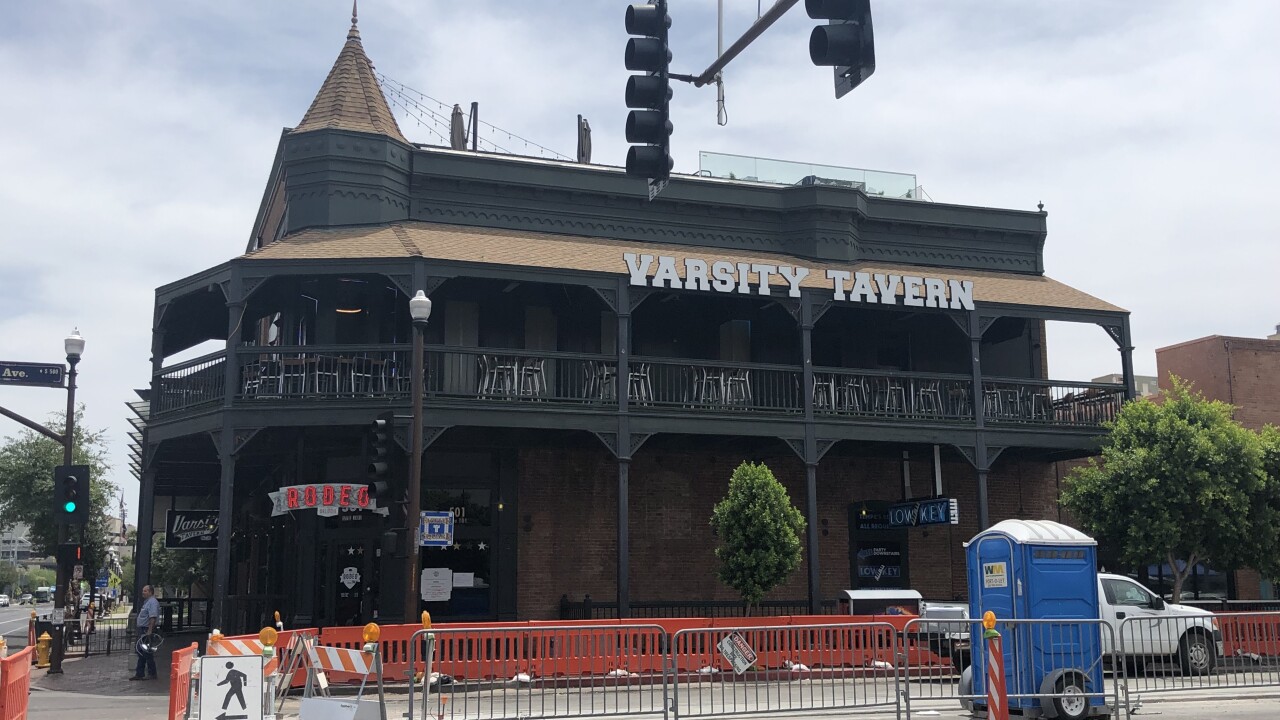 A Tempe bar is under investigation for allegedly allowing employees who had tested positive for COVID-19 to continue working, and for violating the governor's executive order to enforce social distancing measures, the Arizona Department of Liquor Licenses and Control said Thursday.

According to a news release, Varsity Tavern, a bar and restaurant in downtown Tempe, reportedly told the Arizona Department of Liquor on Wednesday that it had closed in light of the investigation. Its license has been deemed inactive, which bars them from buying or selling alcohol.

John Cocca, director of the department, will seek to revoke the venue's liquor license, the news release said.

Among the alleged violations:

Depending on the outcome of the investigation, penalties could include suspension or revocation of the bar's liquor license, and up to $3,000 in fines per violation, according to the notice given to Varsity Tavern. The Department of Liquor then shared copies of that notice with ABC15 and other news outlets.

Because of the seriousness of the charges, anyone with information is asked to call the Department’s Investigations Division at 602-542-9062.

Varsity Tavern has had its license suspended by the liquor department twice -- December 2018 and July 2019.

In the 2018 incident, Varsity Tavern agreed to a $15,500 fine to resolve four cases of allegedly serving minors alcohol.

In the July 2019 agreement, Varsity Tavern had its license summarily suspended by the Department of Liquor after a man who was believed to have been impaired fell or jumped off the second-story balcony onto the pavement below. In that case, Varsity Tavern agreed to a $24,000 fine, among other changes.

In both cases, the bar's liquor licenses were reinstated.

Last week, Arizona Gov. Doug Ducey issued an executive order requiring bars, gyms, movie theaters, water parks, and tubing operators, to pause their operations until July 27 in a renewed effort to slow the spread of COVID-19 in the state, which has seen record-increased in positive cases the last few weeks.

Those that defied the governor's order could have their liquor license suspended, if applicable, and/or face a fine up to $2,500, officials have said.

Enforcement has also increased with local police issuing citations and the Arizona Department of Liquor summarily suspending liquor licenses of businesses allegedly in violation of the order.

In June, Scottsdale police charged Riot House, a nightclub in Old Town Scottsdale, with a misdemeanor for allegedly failing to enforce social distancing or require customers or employees to wear a mask. Final warnings were also issued to eight other bars, restaurants, and nightclubs in Scottsdale.

On Tuesday and Wednesday, the Arizona Department of Liquor Licenses and Control summarily suspended liquor licenses at Life Time fitness centers in Phoenix and Scottsdale, who have defied the governor's order and remained open. Mountainside Fitness has also been cited by multiple police agencies for remaining open. The CEO of Mountainside Fitness has filed a lawsuit against the state believing the executive order was arbitrarily applied to certain industries.