Beastie Boys documentary to land on Apple TV Plus this April 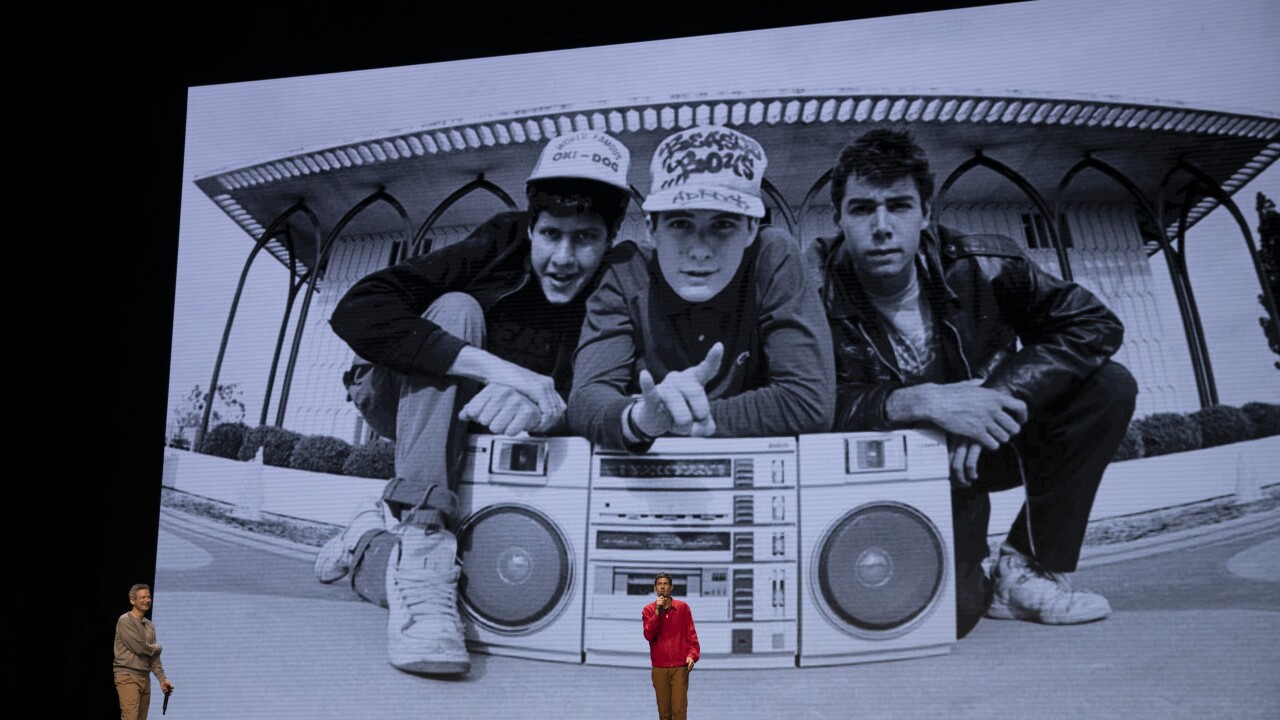 It was a fight to nab the rights of the upcoming Beastie Boys documentary and Apple TV Plus won.

" Beastie Boys Story " is a film produced by Spike Jonze that dives deep into the legendary hip-hop group's 40-year friendship and career, complete with a tribute to member Adam Yauch who died in 2012.

“Wait, what!?! I just heard that Mike & Adam made a movie about Beastie Boys with Spike Jonze. Is that for real?" - Larry
“Yes. It's kind of a live documentary film & we think you’re gonna love it.” - Us#BeastieBoysStory streams on @appletv Apr 24, select @IMAX theatres Apr 3 pic.twitter.com/kAyPFgLizF

“There are some friends you have lunch with so many times over the years, you know their order,” said members Adam Horovitz and Mike Diamond said in a statement to Variety. “Spike is one of those friends. And even when you don’t recognize anything on the menu, he comes up with something good for the whole table. Like when we wondered what to do when our book comes out… then Spike placed his order: You will put on a show for the children.”

The Beastie Boys sold 26 million records in the US and another 50 million worldwide, according to Billboard.

The group's hits include Sabotage, Intergalactic and No Sleep Till Brooklyn.

"Beastie Boys Story" will hit Imax theaters on April 3 and will be available in your living room via Apple TV Plus on April 24.