Dog Reunites With Owner After A Year Lost In The Woods 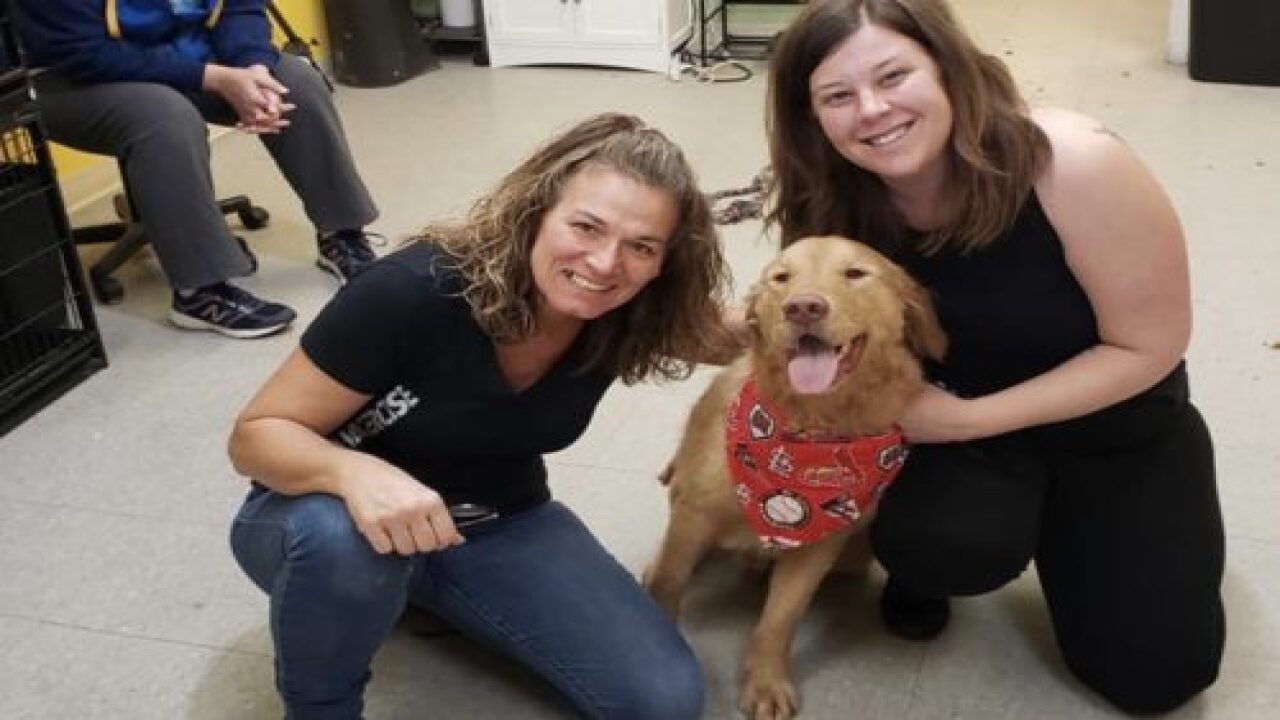 When Kate Olson lost her beloved dog Walter over a year ago, she was devastated. The New Hampshire resident was visiting relatives in Arnold, Missouri last Thanksgiving when the golden retriever mix slipped out of his collar and ran away. Olson searched tirelessly for her pet for weeks. After returning home to New Hampshire, she continued the search with the creation of a Facebook group dedicated to finding Walter.

On Nov. 13, Olson got the good news she had been hoping for. Walter had been found by Belleville, Illinois-based Lost Paws Trapping.

The organization took to Facebook so share a video of Walter after his dramatic rescue, writing in the post, “We are all tired, exhausted and emotionally drained, but could not be more excited! As you’ll see in some of the videos we were very hopeful and Walter’s owner jumped on a plane yesterday and came out to be with him when he got trapped!”

On Nov. 15, Olson posted to Facebook, detailing the entire story. She said that she’d received pictures of a dog standing in a field, and volunteers canvassed the area to find out more. They set up a feeding station in a place where he’d been seen on security cameras placed by a local business. Walter came to the feeding station several times on Friday, Nov. 13. So, she flew out and waited with Lost Paws Trapping volunteers for Walter to show up, and he did. They were able to trap him, and she was on site when it happened.

“It took a few minutes for him to calm down and realize who I really was … but he sat right next to me,” Olson said in the post. “And through the trap I was able to give him loves and then he gave me his paw, like he has so many times before. Like he knew I liked that and he liked holding my hand. It was incredible.”

Walter had likely been in the woods behind an industrial park over the past year, Olson explained in a Facebook comment. While she had heard of other sightings, none turned out to actually be her pup until that fateful day. Now that he’s back in her care, she says they’re both so happy.

“He has been such a little love,” she told KSDK 5. “He is the same sweet boy he was before and maybe even sweeter because he has missed getting loved on!”

Walter has had two baths as well a special treatment by K-9 Grooming in Oakville, Missouri. He will also receive a checkup at the vet.

K-9 Grooming posted some photos of Walter after his visit, noting that the pup was “nervous at first, but running thru the shop and giving kisses before he left”:

So cute! Lost Paws Trapping is now hosting a GoFundMe to help with Walter’s expenses. The money will go toward travel to get him back to New Hampshire, vet expenses, and a fence to keep him contained at his owner’s new house, which he has never seen.

“Please consider donating to assist Kate, Curtis, & Fox (fur-brother) as they welcome Walter back HOME after his extremely LONG and VERY stressful journey,” the page says.

We’re so glad this story has a happy ending. Welcome back, Walter!