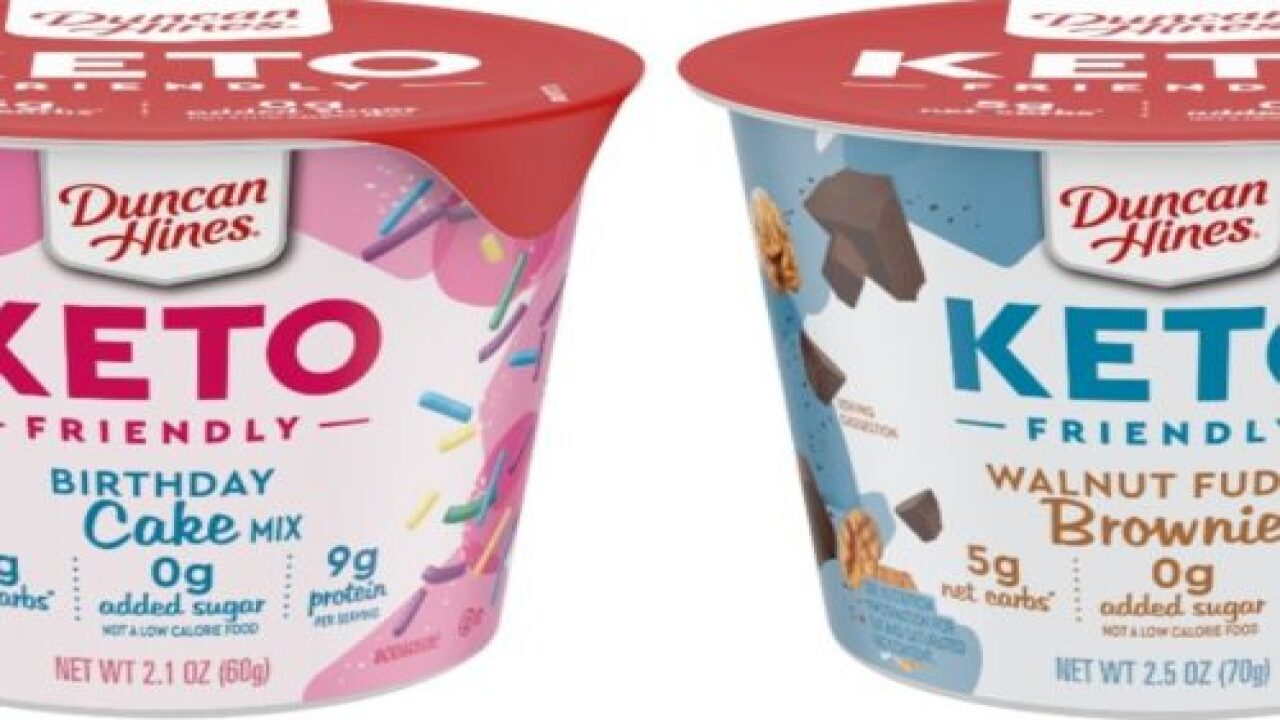 If you’re on the keto diet , plan on going keto for the new year or are simply watching your carbs, you know that the two big challenges on this diet are bread and dessert.

Cakes and cookies might be your go-to sweet treat, but they’re loaded with carbs and therefore are usually not allowed on low-carb diets. Luckily, Duncan Hines is here to rescue dessert for keto dieters, releasing three new easy keto desserts this spring!

The brand known for cake mixes and single-serve cakes in cups will be adding new keto-friendly cups in three flavors to store shelves in March for around $2.15 each.

Ready to eat in about a minute, a Duncan Hines spokesperson told Simplemost the flavors will include walnut fudge brownie, birthday cake and double chocolate cake. They each have zero grams of added sugar, 5 grams net carbs and between 8-10 grams of protein . While they’re not considered low-calorie — the cups are 300 calories each — they can easily fit into the keto diet with their low carb count: The general rule is to stay under 20 grams of net carbs per day.

Even if you’re not into keto, the cups might still be worth trying. They’re a handy way to have a warm single-serving dessert, and it’s sure easier to simply throw one of these cups into the microwave than it is to bake an entire cake. All you do is add water and butter — though we’re guessing you can sub in coconut oil if that’s your keto fat of choice — and stir. The only clean-up required will be your spoon, which, let’s be honest, you’ll probably lick clean, anyway.

If you’d rather make an entire keto cake, it’s not as hard as you think. You will need some ingredients you may not have on hand, however, so you’ll want to plan a shopping trip before you start baking.

Will you be trying Duncan Hines new keto cake cups when they hit store shelves in March?