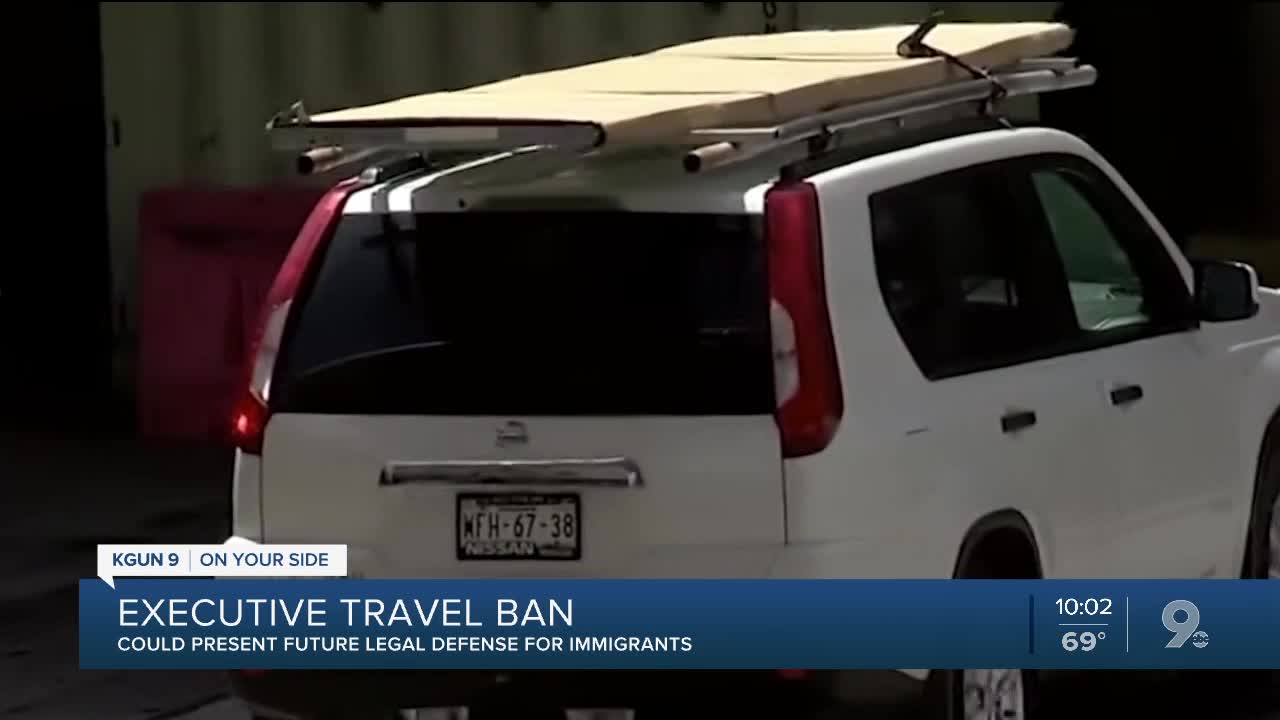 Immigration attorney, Maurice Goldman, said the language of the President's Executive Order hasn't be finalized yet but there will exceptions to the travel ban.

Immigrants who work in those industries, Goldman said, are designated by a certain Visa.

That could pose a problem, according to Goldman, because the impact of the ban could affect other positions that are also covered by the same Visa.

"Doctors, lawyers, teachers, educators," Goldman said if people in these positions aren't able to return to the U.S. that could undermine any future efforts to reopen the economy.

Cash Fazal, another immigration attorney, said some who were set for deportation now might get to stay in the U.S. longer.

Fazal submited, the proposed ban could even present a defense in court for immigrants who are have to stay in Mexico or elsewhere while they wait their court date.

"The theory is if their liberty or life is at risk or compromised that triggers due process."

Fazal said due process only applies to citizens and immigrants not currently ordered to be removed.

One liberty the travel ban might violate, Fazal explained, the liberty to pursue residency or citizenship in the United States which non-removed immigrants have a right to retain.

"They're going to have more rights than they did, let's say, if they weren't in removal proceedings."