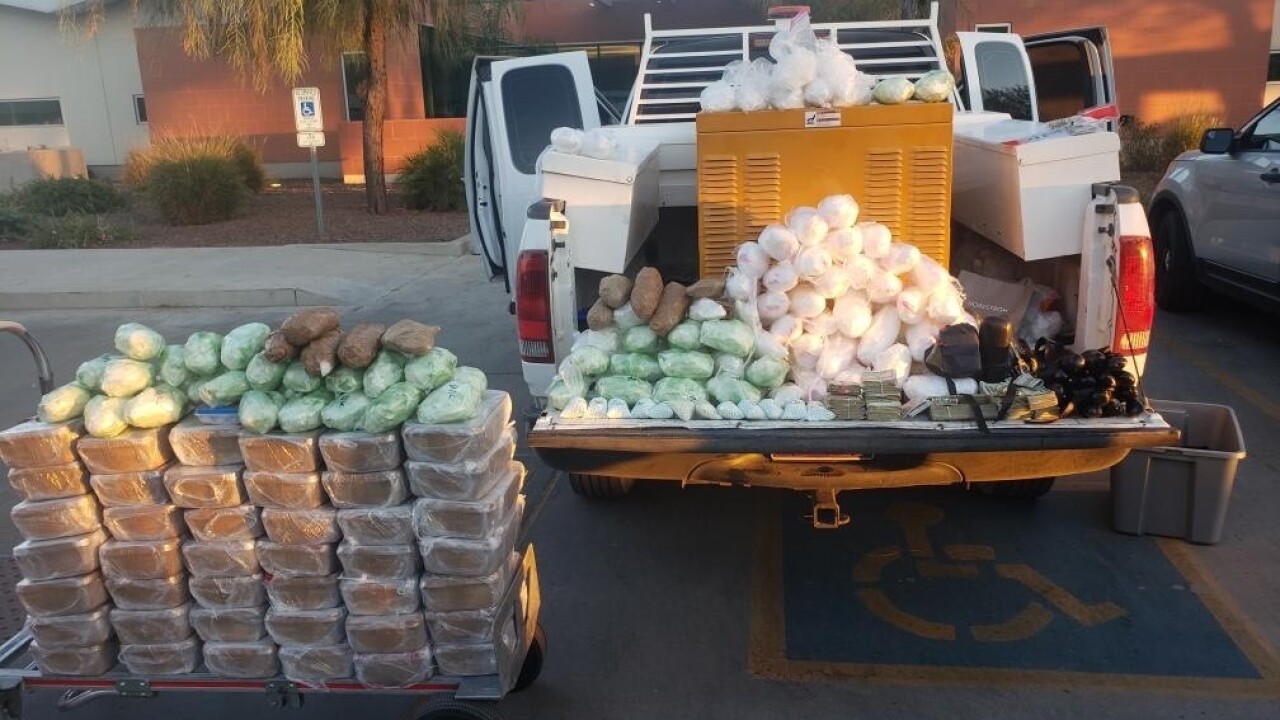 According to a news release from Homeland Security Investigations, the bust came via a task force called NATIVE HIDTA, which involves the Tohono O'odham Police Department and focuses on disrupting drug trafficking on the tribal nation's land.

It started on July 23, HSI said, when NATIVE agents and Border Patrol agents identified a vehicle that traffickers were using to smuggle drugs across the border. A week later, on July 30, agents spotted the vehicle driving up a make-shift ramp over the U.S.-Mexico border between the Ajo and Welton Border Patrol Stations.

HSI says agents tracked the vehicle all the way to Phoenix, where they saw people unloading the contents of the vehicle. There, agents moved in to seize the drugs and arrest four people -- Luis Rendon-Espinoza, Manual Delgado-Lopez, Miguel Daniel Luna and Felicitas Saenz. The four men are now facing federal narcotics charges, court documents show.

HSI agents are continuing to investigate.