How the Nogales Municipal Police keep their community safe 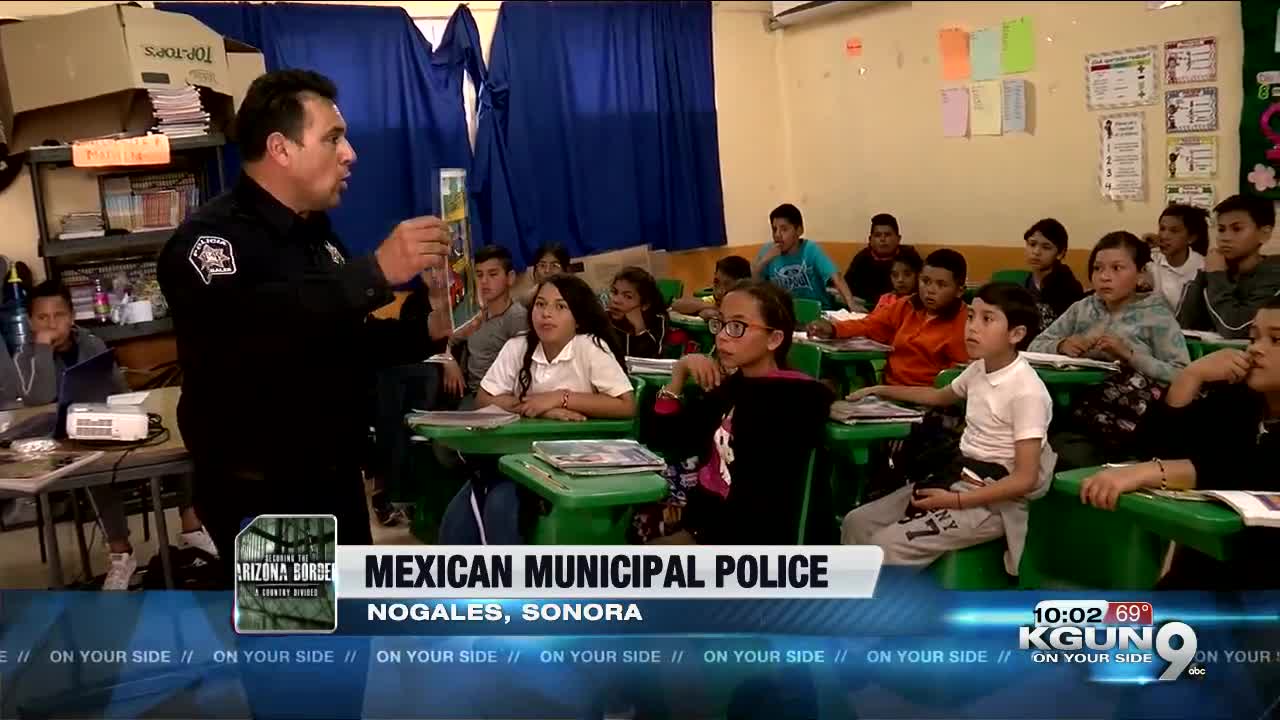 You may remember seeing them riding in the back of their patrol cars with their rifles strapped around their chest. More than 600 officers strong, they are the Nogales Municipal Police.

NOGALES, Mexico — You may remember seeing them riding in the back of their patrol cars with their rifles strapped around their chest. More than 600 officers strong, they are the Nogales Municipal Police.

Comandante Gerardo Castro has been an officer with the municipal police for almost two decades. He says the work he and his unit oversee, is some of the most crucial.

Castro says he and his officers are the face of the municipal police to the public. They interact with people and provide emergency contact information and also help vulnerable groups, like migrants, by telling them where to go for help.

Comandante Castro and his unit can often be found in schools and other events they host across the municipality of Nogales, Sonora.

Many times in the classroom they tailor they presentations to match the age of the children. By doing so, they are able to attract young minds to listen to the importance of safety on the road, at home and on the streets.

It's a simple message with a focus on the bigger picture.

Comandante Rickina has been giving presentations in schools for almost 40 years, he says most people only pay attention to the job they do when it comes to responding to crimes and not the most important, preventing them in the first place.

Rickina says through the community outreach programs they are building a better Nogales.

Municipal police also have programs for young adults. Their police academy gathers weekly at their headquarters. Officers says some of the children will go on to be police officers within their department but everyone will learn what it means to be a responsible citizen.

Commissioner of the Municipal Police Public Security Department, Juan Jose Avila Ortiz, says Nogales is a safe place and says their public security department is there for their community and also for tourists who come visit. Many of them who are greeted by Comandante Castro's unit.

Driving for hours a day and across all of the Nogales area, Castro says his unit is educating their community with crime prevention as their goal.