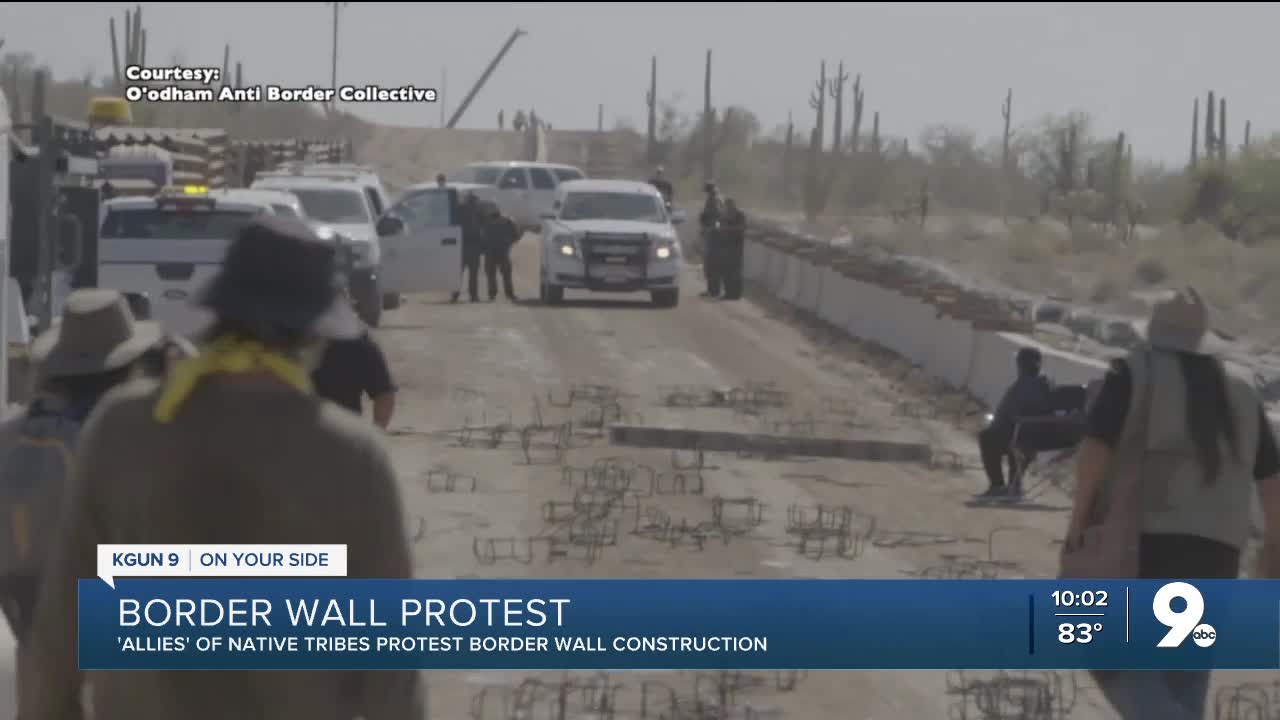 QUITOBAQUITO SPRINGS, Ariz. — The day began with a release from a group calling themselves allies of the Tohono O'odham nation and other tribes in southern Arizona.

In the release: a plan to demonstrate and hold a ceremony on Native lands where there also happens to be construction of a border wall.

It all happened near Quitobaquito Springs in far southwestern Arizona.

Demonstrators said in their release: "The land is sacred to the Tohono O'odham Nation and regularly used to hold ceremonies and pay homage to ancestors."

Just days after @NatlParkService rangers assaulted Indigenous land protectors at Quitobaquito, Organ Pipe issued a closure order of all roads to the sacred spring. This is a clear attempt to quell #BorderWall opposition & crack down on 1st amendment rights.pic.twitter.com/eBOJABWvZK

While the group denied KGUN9's requests for comments, a spokesperson said they plan to issue a release on Thursday.

A statement was provided to KGUN9 by the National Park Service.

In part, the Park Service told KGUN9 no arrests were made, Customs and Border Patrol agents were brought in to help with enforcement of the closed area and the Park Service supports the groups first amendment right to protest however this part of the park was closed because of ongoing construction.

The park service added it will work with the Tohono O'odham Nation to ensure continued access for tribal use.