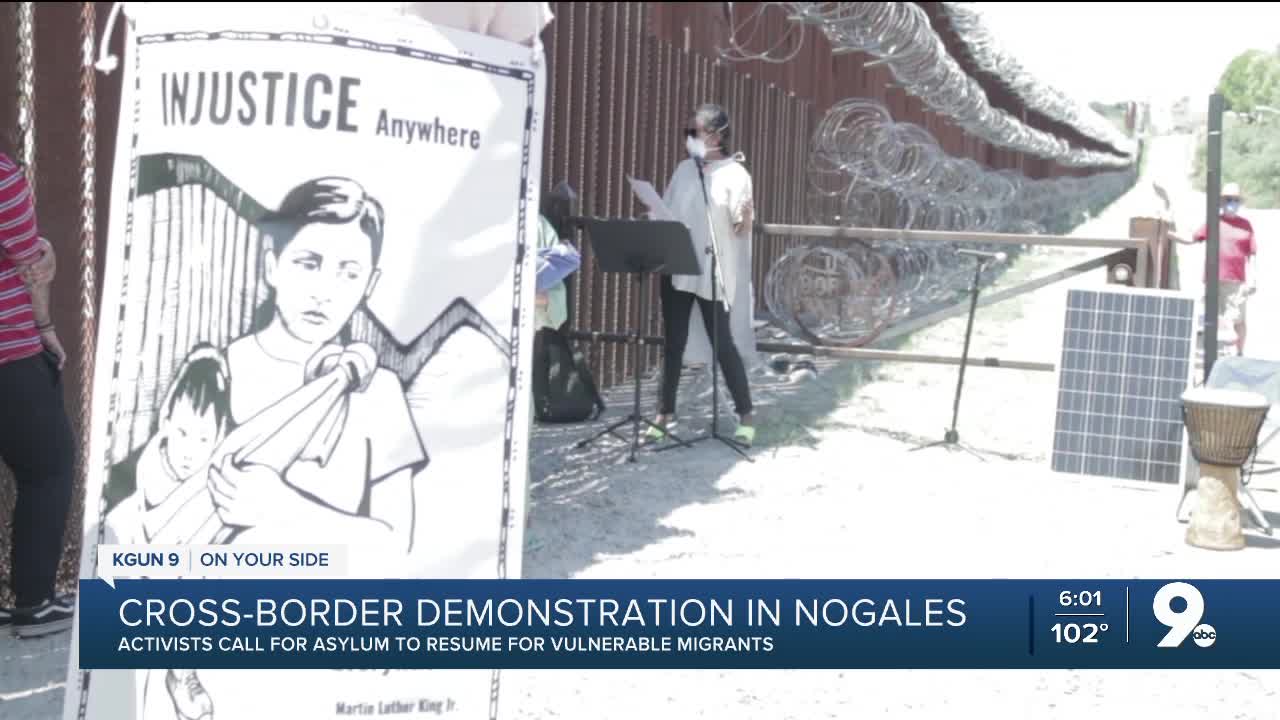 NOGALES, Ariz. — Separated by a border, the message is the same on both sides: give them asylum now!

"Under the guise of public health protections, based on the COVID-19 pandemic, the border has essentially been shut."

Alexandra Miller, an immigration attorney, joined activists at the border wall in Nogales.

"Over the past few months I've continued to attempt to accompany migrants at the border."

Miller said she'll go into Mexico and accompany migrants, some who've traveled from across oceans, through several countries to the checkpoint in Nogales.

There, she said, they'll arrive at a moment of truth: they either get asylum in the U.S. or not.

Miller said, since the pandemic started, the answer from U.S. Customs and Border Patrol agents has been a firm: no.

"They tell us that no exceptions can be made."

Miller and other activists contend the U.S. can offer protection to migrants and still keep Americans safe.

"There are ways to protect our public health without infringing on the rights of migrants and asylum seekers."

One woman, who traveled from southern Mexico, said she's fleeing cartel violence after they targeted her home.

She said she came in march before the pandemic.

Another migrant, from Guatemala, said she's been trying to seek asylum since February.

The Mexican woman said she came to Nogales with her young son.

The woman from Guatemala said she came with her husband and two children.

For their part, U.S. Customs and Border Protection said illegal immigration continues despite the pandemic.

At a press conference on Thursday, CBP Commissioner Mark Morgan reiterated the agency's policy of suspending asylum processing as a measure to protect Americans.