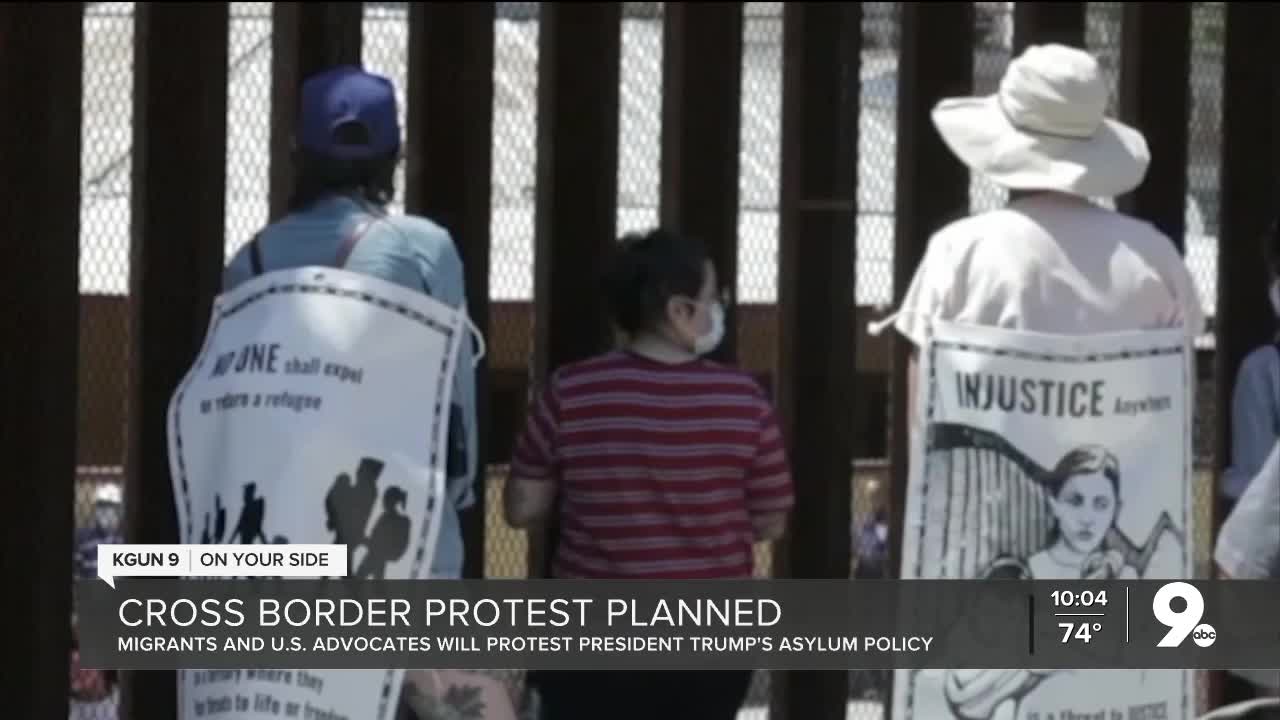 "It's just a broke system that's been brought to a halt that no one knows how it's going to be picked up later."

That's how she described the United States' asylum system, intended to provide refuge "to any person with a well-founded fear of persecution."

A cross-border demonstration, planned for later this month, will see migrants in Mexico and their advocates in the States come together like a demonstration held in August.

Ritchie said it was organized to bring the issue to the forefront.

"Our goal, is to do just that, is to save asylum, since it has been dismantled throughout the Trump administration," that's how Ritchie described it.

At the start of the pandemic the Trump administration halted the asylum program, described by Homeland Security officials, as a measure to safeguard the health of American citizens during the pandemic.

Ritchie said this has, into an uncertain and dangerous situation, directly put migrants in Mexico.

"...who are already subject to long waits because of the remain in Mexico policy are now just being subjected to an even longer and more indefinite wait."

For the Kino Border Initiative, Ritchie said, Americans should think of this issue as upholding the same laws as border enforcement when they go to the polls in November.

"The 1980 Refugee Act, we haven't even, as a country upheld those laws nor international law."

The experience of migrants waiting in Mexico, some of them from Central America and Asia, Ritchie said, is a long wait in a foreign place where multiple dangers are almost always present.

She said that's even the case for those who have already been registered in the system in the U.S. then sent back to, or ordered to wait in, Mexico.

"Some of those now being postponed for spring, summer 2021."

Ritchie said the next cross-border protest is scheduled to happen in Nogales on October 21st.