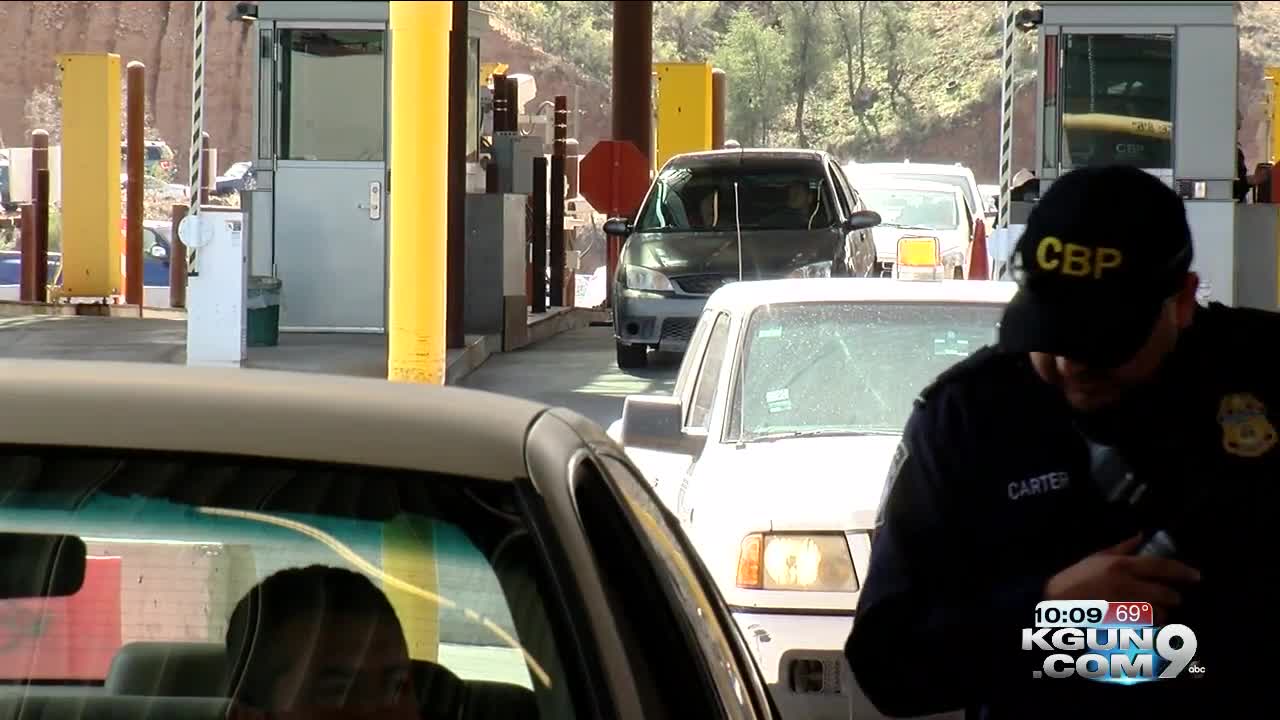 On a daily basis, the Mariposa port of entry is bustling, not only with people but also with vehicles. NOGALES, Ariz. - On a daily basis, the Mariposa port of entry is bustling, not only with people but also with vehicles.

Those coming into the country, all subject to an inspection by Customs and Border Protection officers.

"A very high percentage of people crossing the border are coming for legitimate purposes. They're coming here to spend money, pay taxes that support local businesses," said Michael Humphries, the Port Director for the Nogales Ports of Entry.

That's where Customs and Border Protection Officers come into play. Those officers are tasked with being extremely vigilant and aware.

Throughout the state of Arizona there are eight ports of entry, all staffed by CBP officers.

"Our officers really have like a sixth sense, they really look for small little details, something wrong with the vehicles, the crossing pattern," said Humphries.

CBP officers notice every vehicle, they closely monitor drivers and they do it all as quickly as possible, making split second decisions on whether they think a vehicle and driver need further inspection.

If at any point during that initial inspection a CBP officer feels there is something off about the way a driver is acting or something off with the vehicle they are driving, that's when they are sent to secondary inspection.

A machine called the Z portal is typically the first stop for vehicles who've been flagged for a second inspection.

The machine allows for CBP officers to essentially get an x-ray of the vehicle, which could reveal anything hidden within.

Once vehicles are scanned going through, CBP officers have the option to bring in K-9's to further check out the vehicle.

If a Z portal or a K-9 get a hit on something inside the vehicle, it's then taken to a gated area where officers begin to tear it apart looking for whatever it was hidden inside.

"We want to ensure that we verify and confirm that there is some type of illegal substance or contraband in a vehicle before we start to totally dismantle it," said Nunez.

For Officer Nunez himself, finding drugs stashed inside car tires, dashboard and side panels, nothing new.

If at any point during an inspection officers find packages of drugs inside of a vehicle they take them into a clear box which allows them to further determine the kind of drug without exposing themselves to it.

This entire process happened while KGUN9 camera's were rolling back in March. Officers flagged a vehicle they believed to be carrying multiple packages which were later determined to be drugs,

However, because the case is currently being prosecuted by the U.S. Attorney's Office we cannot show you the video.

As for the driver of that specific vehicle and drivers in similar situations, they all see similar consequences.

"It's game over - I mean literally for lack of a better term we own that car now," said Nunez.

Busting the drugs in vehicles, all part of the job for CBP officers, a job they do day in and day out.