KGUN 9 On Your SideNewsBehind The Badge 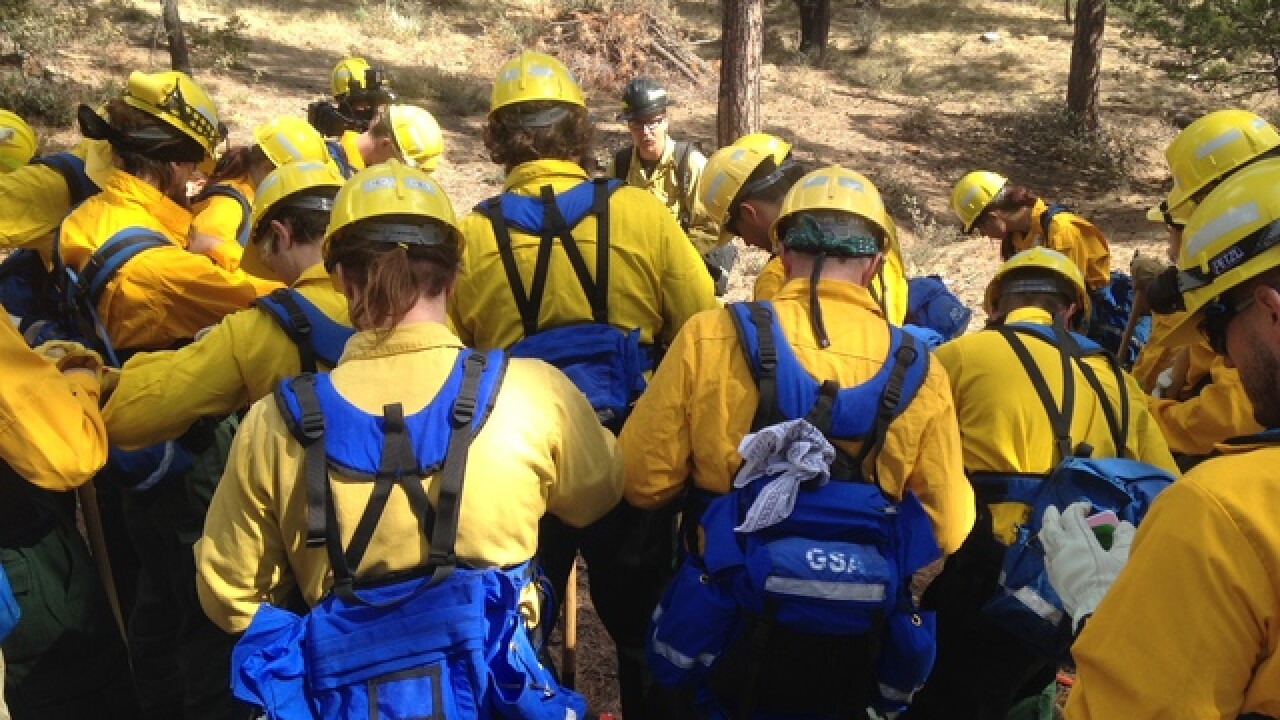 Wildfire season never ends in Southern Arizona, officials with the Coronado National Forest say. Firefighters must always be ready to respond when a fire sparks. The Arizona Wildfire Academy teaches new and experienced firefighters what they need to know to fight a wildfire. In this four-part series KGUN 9 goes inside the process to shine a light on the men and women who sign up to protect our communities.

PART 1: BORN IN THE ASHES

It’s just after dawn in Prescott. A light breeze is pushing through the pine trees dotting Embry Riddle University the chill it creates is just enough to force the lines of men and women to shrink down into their hooded sweatshirts as they file into a large auditorium. It’s the third day of the Arizona Wildfire Academy and these recruits are eager to complete this course and join a crew as a fulltime wildland firefighter.

Before they can fight fires, they must learn all they can about them. Classroom sessions are full of information about how fires behave in certain weather conditions, how they can grow in different terrain, and the theories behind firefighting tactics. The skills and information taught here are based on a national curriculum taught at firefighter academies across the county.

The national standards and Arizona academy were born in the aftermath of the Rodeo-Chediski fire in 2002. At the time it was the largest forest fire in state history, burning 730 square miles and destroying 430 buildings. Firefighters came from across the nation to help all with their own set of best practices and procedures. When it was out, officials realized they needed a national set of methods and practices to fight wildfires.

Now in its 16th year, this year’s Academy has one of its largest classes-- 880 students. Executive Director Tony Sciacca says the class size has traditionally grown by about 50 students a year but the 2018 class is roughly 200 students larger than last year.

The most important thing the academy teachers, Sciacca says, is safety. After 19 members of the Granite Mountain Hot Shots were killed near Yarnell, Arizona, in 2013, there was a renewed emphasis on safety skills and situational awareness, he said.

After successfully completing the academy, students earn the certification they need to join a crew, but they first must but their mind and body to the test in the field.

PART 2: IN THE FIELD

The sun is nearly directly overhead as aspiring wildland firefighters stand quietly in long lines awaiting instructions. Their stoic faces are reflected in the reflective sunglasses they wear. Their fire-resistant shirts are bright yellow and stick out through the green and brown vegetation of the forest.

They line up behind the busses that brought them to this spot of forest on the western edge of Prescott. One person on the bus unloads their backpacks of supplies while another puts the shovels, rakes, and hoes they use to fight fires in a neat pile.

They march in a single file line to a clearing in the forest away from the road. The large group is quiet while they wait for instructors to arrive. This is a crucial day in the academy new firefighters must prove they can do the demanding labor required of wildland firefighters.

After a briefing, recruits break into 25-person squads and head to their assignments. Rookies learn how to dig lines that act like fire-breaks while more experienced firefighters practice cutting down trees with chainsaws.

Instructors watch every move carefully. If recruits develop bad habits here it can lead to safety issues during a real fire.

This field exercise takes place over two days in mid-March. On the second day it starts to snow, but the work doesn’t stop. Changing weather is a something they would have to deal with during a real fire. Throughout the week strong winds make the forest a dangerous place – even for training.

Instructors warn new firefighters about the dangers of widow-makers, dead branches hanging high in trees. If the wind knocks one loose if can kill or severely injure someone below.

After finishing the field day, the novices are ready to graduate the academy. However, for firefighters trying to jump to the next level of their careers, a much different challenge waits for them.