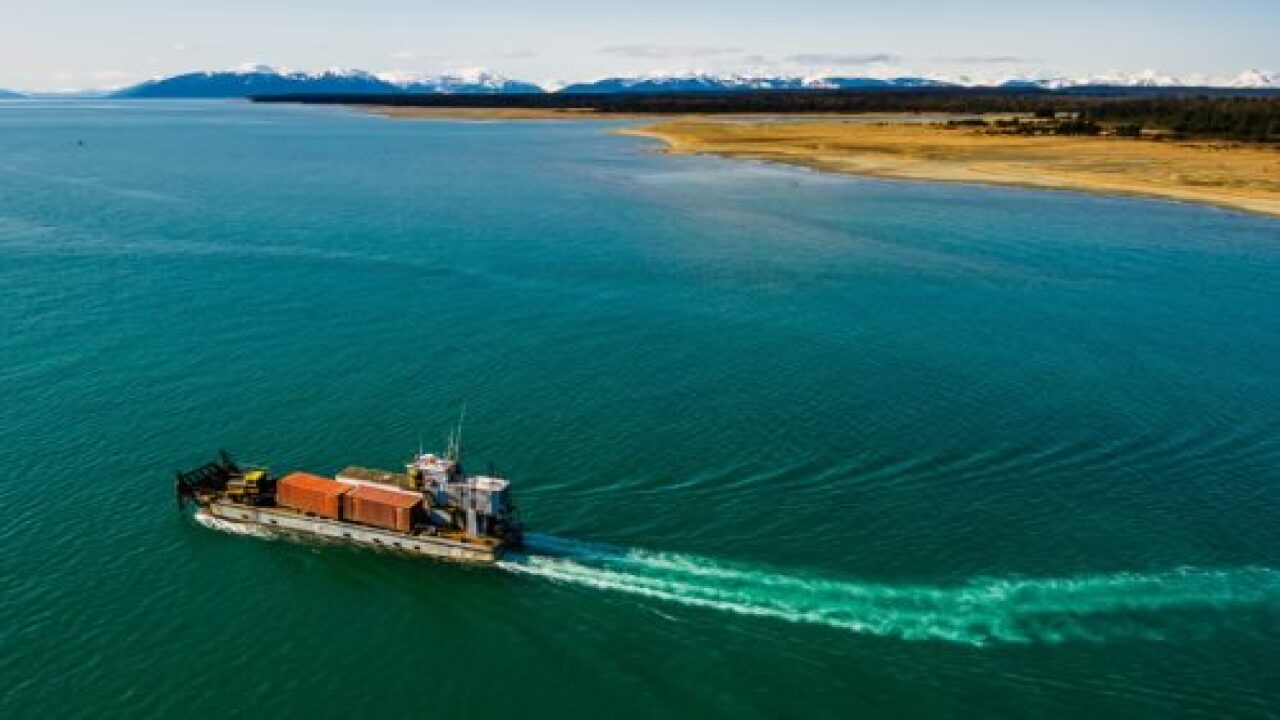 Heading out to get groceries may be a time-consuming and anxiety-inducing chore for many of us since the coronavirus pandemic began, but it’s even harder on those for whom the nearest Costco requires traveling 14 hours round-trip — by boat. The residents of Gustavus, Alaska, are facing this very frustration, and the shelter-in-place measures enacted to curb the spread of the virus have made it more difficult than ever to get supplies to the townsfolk in this remote area.

The town sits on the southeastern shore of the Last Frontier State, and only 446 people live there. There’s no way to reach the town by road, so all food and supplies must be transported by boat or plane.

As the town’s volunteer mayor, Calvin Casipit, described it to The Hustle: “You either gotta fly here or boat here. And everybody knows each other in three or four different ways.”

Even in the best of times, the town’s procurement of food requires a lot of time and planning: The local grocery store owner, Toshua Parker, makes a boat trip to the tiny Costco in Alaska’s capital, Juneau, to purchase supplies that he then hauls back to Gustavus and sells out of his store.

Now, the residents of Gustavus are completely reliant on Parker’s trips for their supplies, and he’s started to make bigger and bigger hauls — using his 96-foot barge — to keep his neighbors’ homes stocked.

Parker’s store is named Icy Strait Wholesale, but locals have given it a new moniker, combining Parker’s first name and the larger retailer that he frequents: Toshco. Every week, Parker and his Toshco cohorts board his barge with a few shipping crates and make the seven-hour trek across the Icy Strait to Juneau’s tiny Costco.

Once there, Parker uses his Costco card to purchase $20,000 worth of supplies, like meat, eggs, produce, flour and paper goods. He’ll also pick up items specifically requested by his loyal customers — including heftier goods, like washing machines.

As you can see in this image posted to Facebook in March, the team at Toshco works hard night and day to make sure the residents of Gustavus get the supplies they need.

To discourage panic buying, Costco recently imposed restrictions on the amount of essential goods each customer can purchase, and Parker says that sometimes he maxes out what he can buy at one time — even though his Costco haul is clearly not just for one family.

“We’ll place a $20,000 order, but they’ll still only give us one pack of paper towels,” Parker told The Hustle. “I understand why they’d do that, but we’re not a single person panic buying; we’re trying to feed a whole community.”

Parker keeps the town updated on the store’s inventory via its Facebook page, but he says he often finds many residents already gathered to watch and celebrate as the barge arrives home from its Costco run. Facebook posts like this one from early April might also tip off residents that the barge is going out for a run:

“It’s like Christmas when the load gets here,” Parker said. “Everyone is waiting for it. Word gets out, and they all seem to know when it’s coming.”

One such grateful resident of Gustavus, wildlife photography guide Sean Neilson, captured this incredible snapshot of Parker’s barge making the long trek to the Juneau Costco and posted it on Instagram:

How do you get your groceries? This is how we roll in Gustavus, Alaska. The whole world is wondering if supply chains will hold up during these crazy times, but I have confidence in this one. Thanks to Toshua and your entire crew for keeping us well supplied. So glad for you for the fine weather to make the run to Juneau and back. #claimjumper #supplychain #boat #landingcraft #lastfrontier #stayhome #icystrait #groceryshopping

Included in the caption is a shout-out to Parker: “Thanks to Toshua and your entire crew for keeping us well supplied. So glad for you for the fine weather to make the run to Juneau and back.”