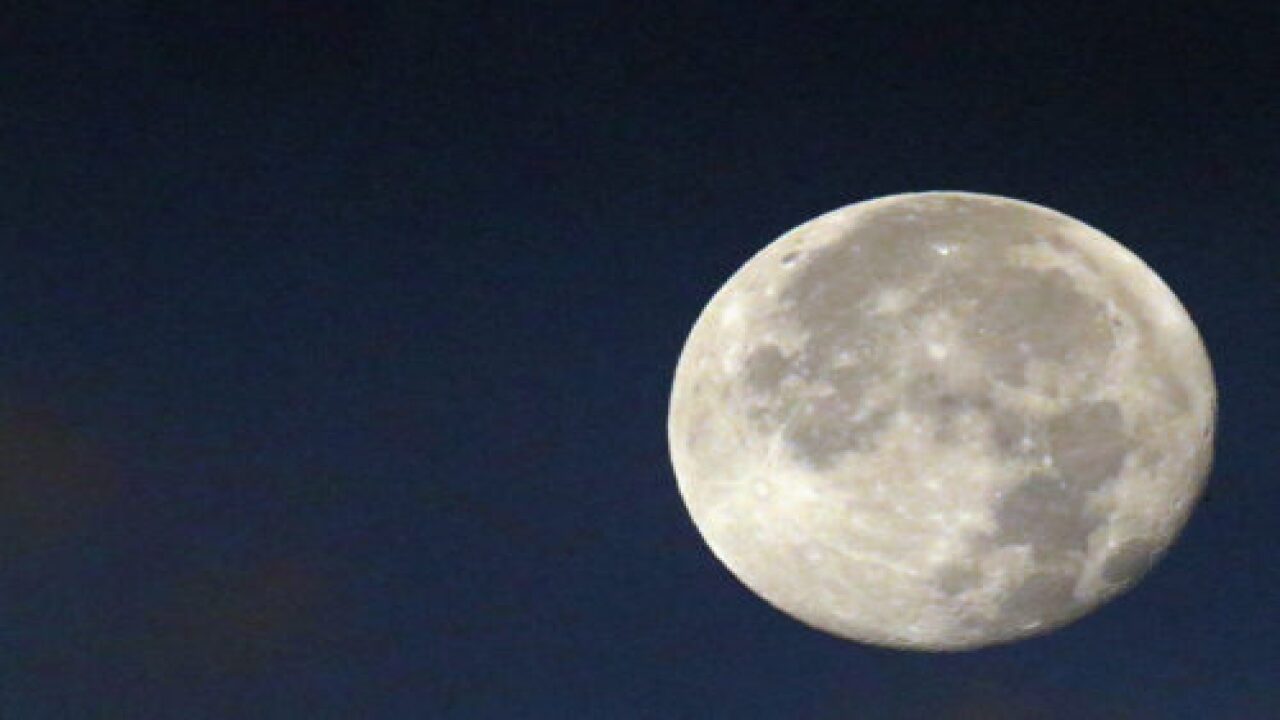 The October full moon will occur at 5:08 p.m. EDT on Sunday, Oct. 13 this year — an appropriate date for a bright full moon during the spookiest month of the year.

The full moon will appear bigger and brighter than normal because the moon will rise right around sunset.

The moon won’t actually be any larger than normal, but it will appear so due to the “Moon Illusion” phenomenon. This occurs when the full moon is near the horizon, and your brain tricks your eyes into thinking the moon is bigger.

A full moon occurs roughly every 27 days, which means we get a full moon at least once every month.

Native Americans named each of these moons after features they associated with the seasons. The full moon closest to the first day of autumn is referred to as the Harvest Moon, and the Hunter’s Moon immediately follows.

The Hunter’s Moon likely got its name because this was a time of year to begin storing up meat for the long winter ahead.

Next month’s full moon will occur on Nov. 12, and the November full moon is known as the Beaver Moon.

Earlier this year, both January’s Wolf Moon and February’s Snow Moon were supermoons, which occur when a full moon is at its closest approach to Earth in its orbit, causing the moon to appear brighter and closer than usual.

WATCH: What is a Blue Moon?