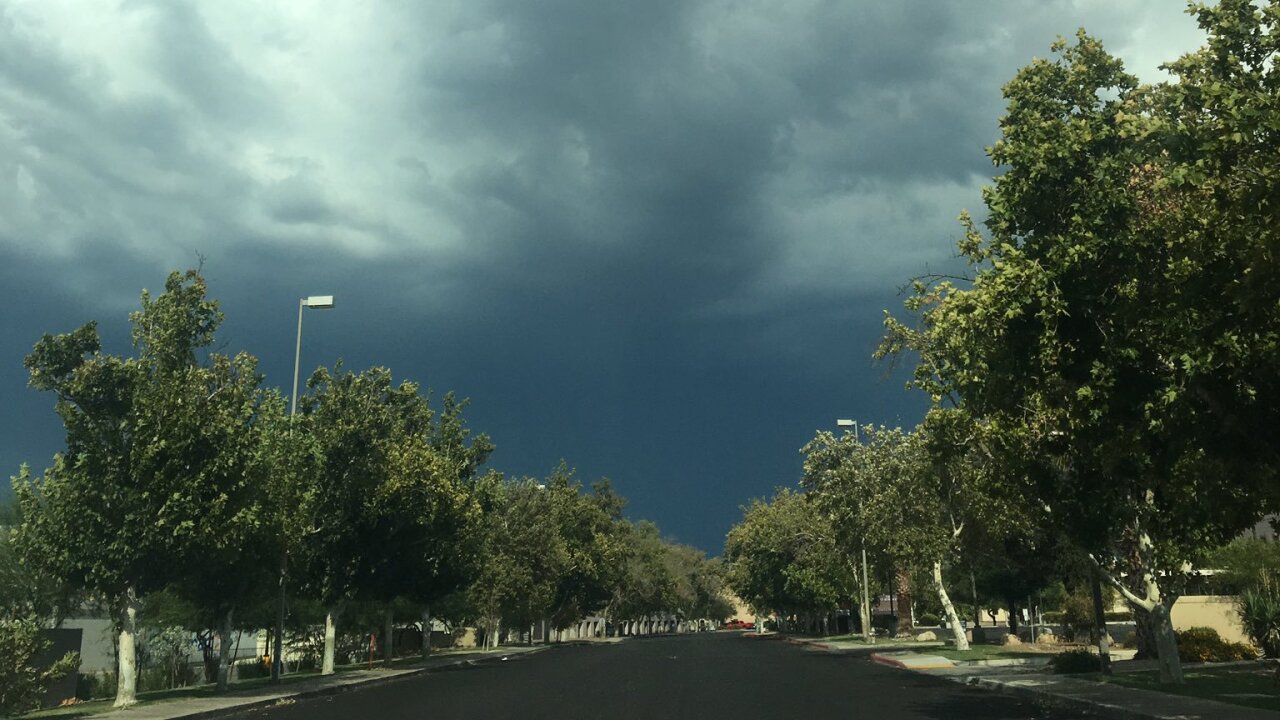 According to the National Weather Service Tucson, showers and thunderstorms are expected across southeast Arizona. With strong storms that may produce winds and heavy rain.

A few showers and thunderstorms continue early this evening across southeast Arizona. A few of the stronger storms may produce some gusty winds and heavy rain. #azwx pic.twitter.com/MpnoszdkWe

The National Weather Service issued a Flood Advisory for eastern Pima County. It lasts until 4:30 p.m.

Between 1 and 2 inches of rain have fallen.

Another active Monsoon was expected Monday.

KGUN 9 Meteorologist Cuyler Diggs says the greatest chance of storms will be areas east of I-19 and east of I-10 between Tucson and Phoenix. Storms are forecast to move north from the east side of Tucson with flooding and blowing dust possible.

Thunderstorms are developing across SE AZ and will continue to do so through the afternoon. Most t-storms will occur from Tucson east. T-storms will move north and could produce heavy rain along with blowing dust. Localized flooding will be possible.... pic.twitter.com/Hpa0pXu6rK

Some heavy rain is already underway around the east side of Tucson, with the National Weather Service already issuing a flood advisory around Tucson's east side and into the eastern section of the Santa Catalina Mountains. The advisory will remain in effect until 4:30 p.m.

As with previous storms this month, runoff from the Bighorn Fire burn scar area will continue to be a concern, with debris flows likely below areas of the mountains with heavy rainfall.

After Monday's storms, a smaller chance remains Tuesday before a warming trend hits southern Arizona with highs in the 100s the rest of the week, and a heat watch in effect for much of the state.

Today, we better hope for rain because monsoon will be taking a break for the end of the week. Excessive Heat Watches are already in place for much of southern Arizona, including Tucson, from Thursday through Saturday as high pressure builds over the area... pic.twitter.com/OPZAHAiOr9