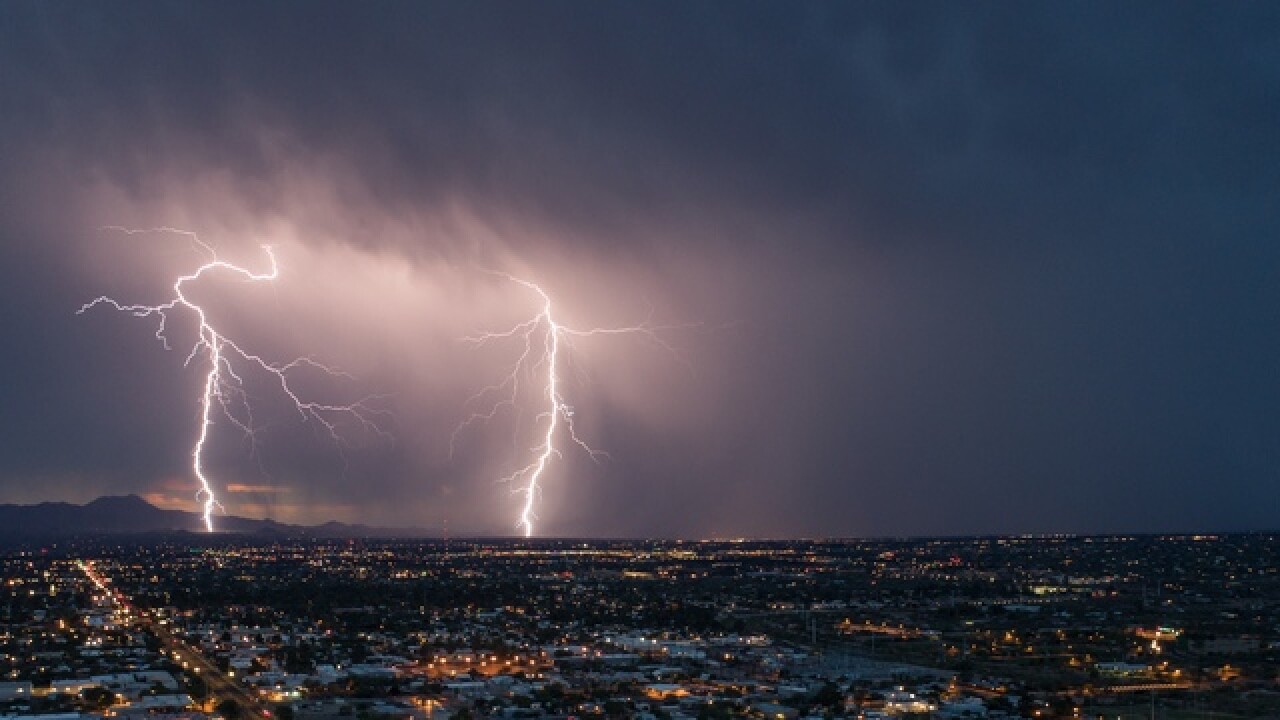 A flash flood warning is in effect for part of the area burned by the Bighorn Fire.

"Excessive rainfall over the burn scar will result in debris flow moving through the Bighorn Burn Scar," The National Weather Service warning says. "The debris flow can consist of rock, mud, vegetation and other loose materials."

Officials have been warning for weeks that flooding over the Santa Catalina Mountains could be severe and worsened by debris from the burned area.

A Flash Flood Warning has been issued for NE Pima & SE Pinal counties until 6:15 PM. Radar indicates heavy rain over the Catalinas which includes some of the burn area from the Bighorn fire. Flooding with debris flow will be a concern in areas near Catalina & Oracle... pic.twitter.com/xEmzO4yJ1t

An active Monsoon day is expected Wednesday, with storms starting in the south and heading north.

Strong t-storms from Nogales to Green Valley and just south of Three Points are causing some flooding issues. A Flash Flood Warning is in effect for Nogales & Flood Advisories are in effect along I-19. Remember... Turn Around, Don't Drown! pic.twitter.com/qc7rT8CC0Z

The severe thunderstorms are expected to produce gusty outflow wind, heavy rain, localized flooding, small hail and frequent lightning. They will be moving relatively slow to the north-northwest throughout the afternoon.

The strongest thunderstorms -- and greatest chance of thunderstorms -- will be southeast of the Tucson metro area. However, even the metro area will likely be impacted by storms throughout the remainder of the afternoon and into this evening.

Blowing dust will also be a concern as these storms move across southeastern Arizona Wednesday.