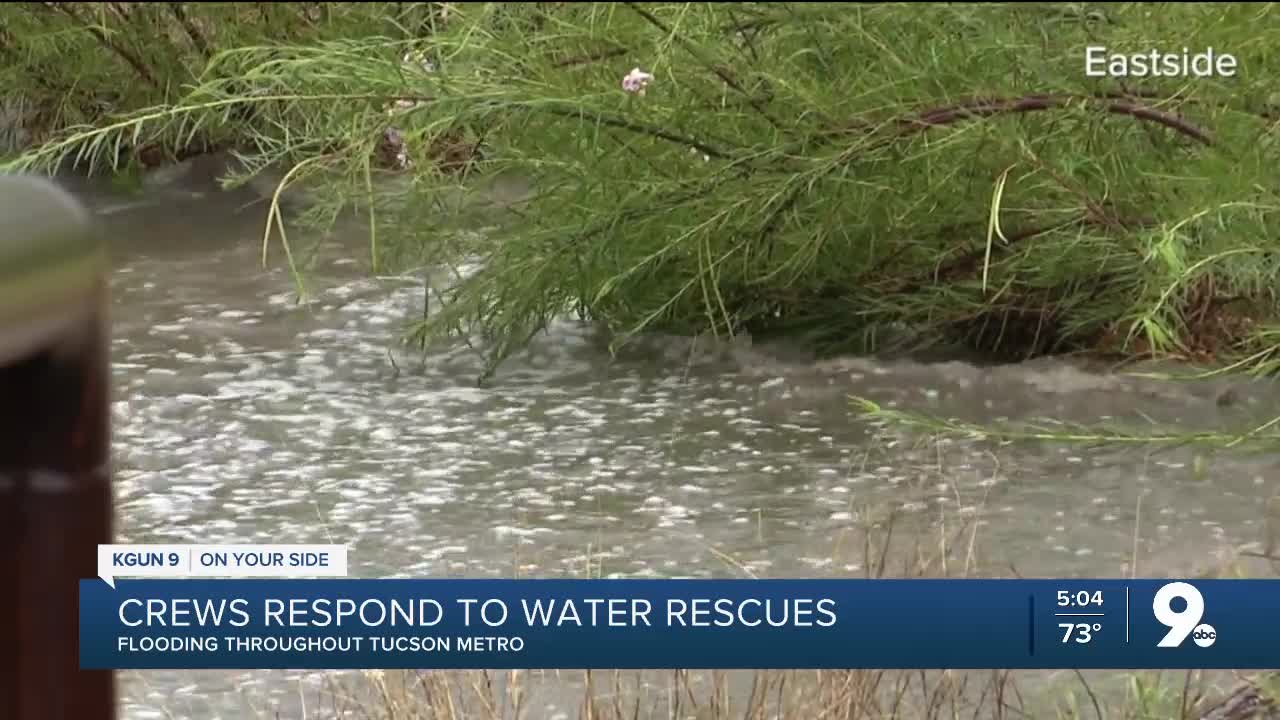 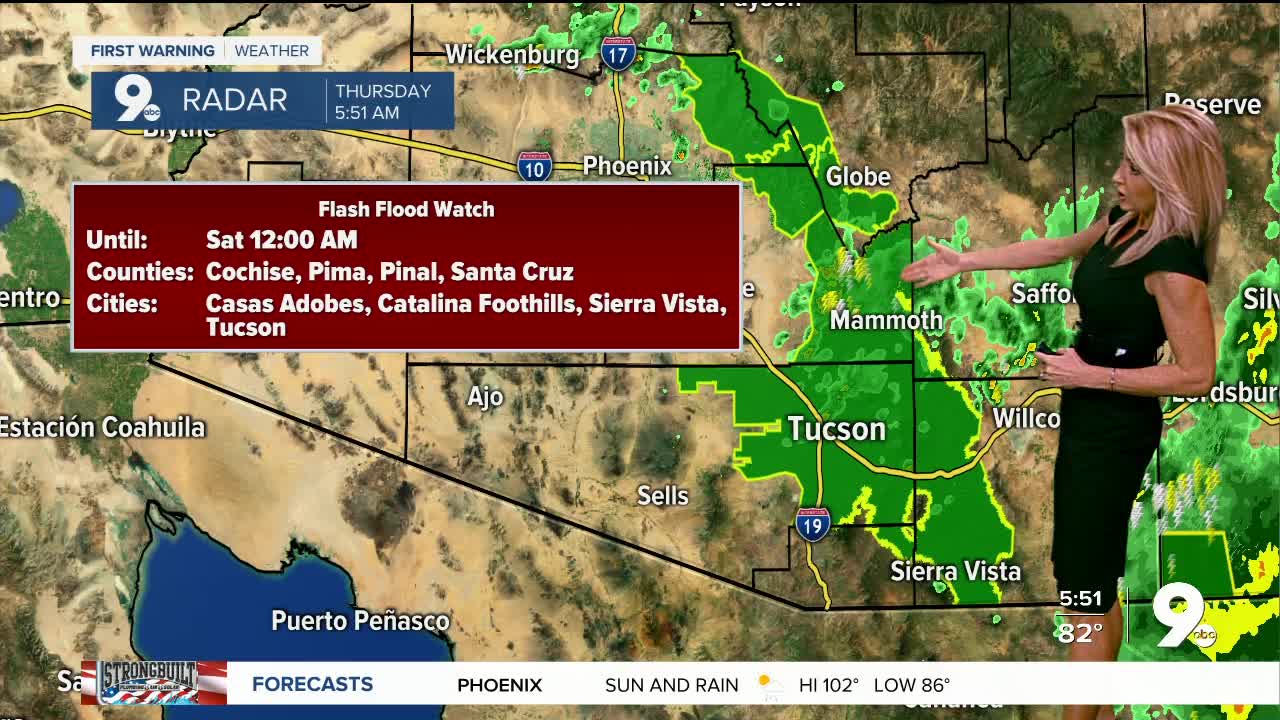 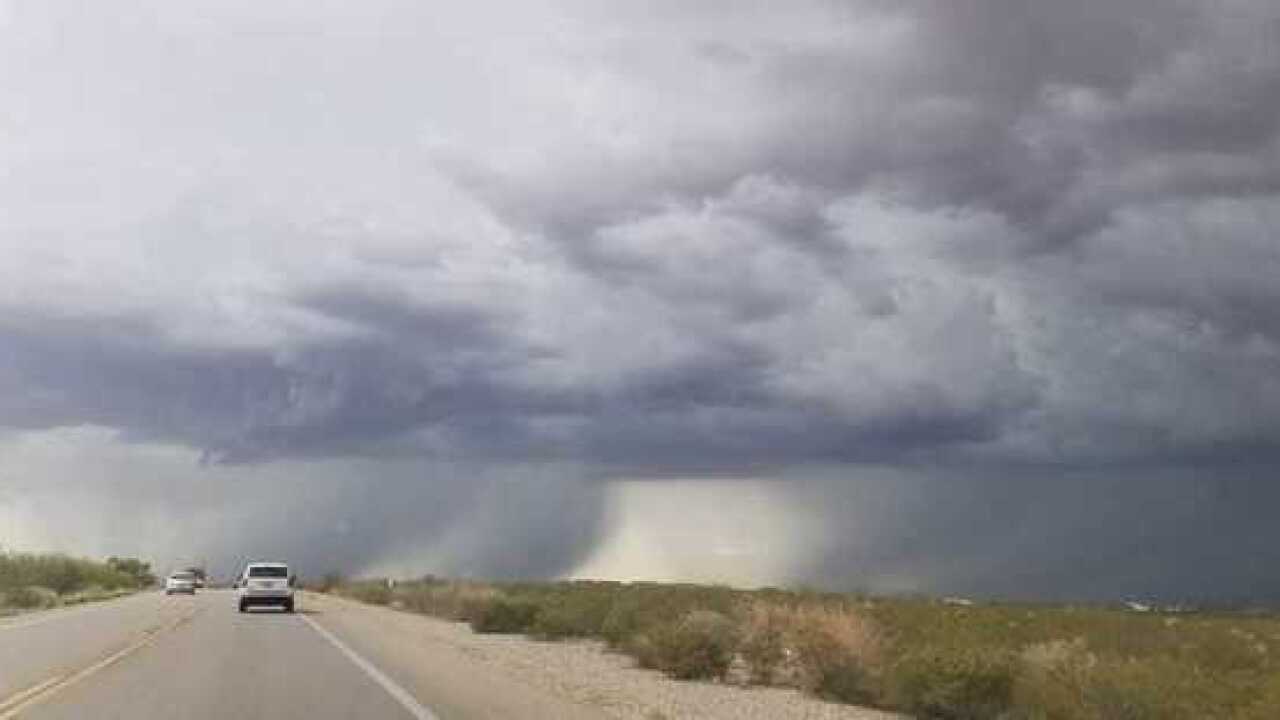 Tucson Fire conducted this rescue near Oracle and Fort Lowell:

There is a Flash Flood Warning in effect until 2 p.m.

Tucson Fire crews took part in a swift water rescue along the Rillito River north of Tucson Mall. Crews pulled a man out of the river.

Northwest Fire says it's responding to several swift water rescues and is warning people to stay out of washes and flooded areas.

The National Weather Service has extended the Flash Flood Warning to 1:30 p.m.

#TucsonFire is responding to a swift water rescue request in the area of Fort Lowell and Craycroft ⚠️ Avoid the area pic.twitter.com/GOi0GYp1CW

The Tucson Fire Department conducted a swiftwater rescue near Craycroft and Fort Lowell this morning. By the time crews arrived, bystanders had already removed the car from the wash.

Another flash flood warning was issued for the area along the I-10 corridor, stretching from Casas Adobes to South Tucson.

According to the National Weather Service, a strong thunderstorm was tracked near Saguaro National Park East, eight miles east of Davis-Monthan Air Force Base. The storm was moving westward at 10mph.

Dime-size hail and wind gusts as high as 50 mph are possible in the storm.

The Flash Flood Warning will stay in effect until 11:15 a.m.

As many as three inches of rain have fallen around Marana and northeast of Picacho Peak.

The Community Food Bank of Southern Arizona closed its food distributions at Marana and at Kino Sports Complex due to lightning.

A severe thunderstorm warning is in effect east of Sahuarita and Green Valley, south of Corona de Tucson, in both Pima and Santa Cruz Counties until 9:45 a.m.

Another flash flood warning is in effect for the Marana and Picture Rocks areas until 11:15 a.m.

As many as two inches of rain have fallen.

Flooding is expected in Tucson, Tanque Verde, Catalina Foothills and Sabino Canyon Recreation Area. The Alamo Wash between Speedway and Grant and Snyder Rd from Kolb Rd to Sabino Canyon Road will be susceptible to flooding.

Doppler radar tracked heavy rain from thunderstorms that could cause flooding in I-10 in the Picacho Peak area, Avra Valley, Picacho Peak State Park and Red Rock.

As much as an inch of rain was expected to fall in the area.

Check out this wall of water coming down at the KGUN 9 Studios, on the east side! Loving this rain! pic.twitter.com/IPiFiwL2FW

Heavy rain was expected over the western slopes of the Bighorn Burn Scar in the Catalinas, causing flooding that will consist of rock, mud, vegetation and other loose materials.

Isolated showers, and some heavy downpours, starting to move in to parts of the metro this morning. Make sure you pack the umbrella as you head out! pic.twitter.com/Y2SKSxel5F