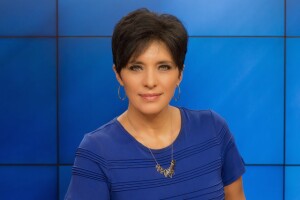 5, 6 and 10pm Anchor Valerie Cavazos is an Emmy-nominated investigative reporter, Tucson native and University of Arizona grad with more than 20 years of television news experience.

Valerie has worked in some of the top competitive markets - reporter in Boston, Massachusetts, anchor in Albany, New York and primary anchor in Hartford, Connecticut. She also co-created the nation's first Interactive Newscast in 1994 in South Bend, Indiana.

Valerie also launched her own multimedia company, which focused on education and cultural issues. She put her passion and creative experience to work producing innovative ½ hour magazine-style television shows, such as Hispanic Heritage, Livin' Latin with Valerie Cavazos, and 21st Century Success | In the Classroom and Workforce.

Valerie has spent several years at KGUN9 investigating the toughest issues in Southern Arizona -- holding authorities accountable -- that have led to leadership and policy changes. Valerie is also a member of the UA Journalism Advisory Council.