The Germantown Police Department responded to a disorderly conduct call for service from a woman who said a man took a picture of her in the bathroom of a McDonalds.

Police in Germantown, Wisconsin are looking for a bathroom creeper who took pictures of a woman while she was using the restroom. It happened Monday afternoon at the McDonald’s on Mequon Road. 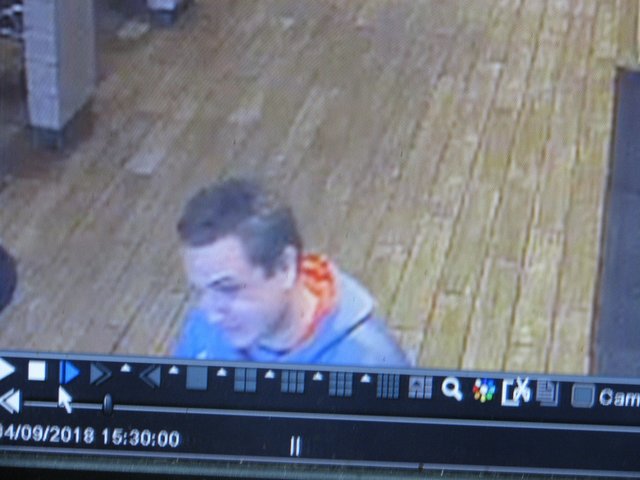 “While she was in the stall she saw two arms holding some sort of recording device,” Police Chief Peter Hoell said.

“The vehicle should stick out,” said Hoell.

Surveillance cameras captured images of the man and his getaway vehicle. Because the man was driving an RV, the chief said he believes he may be from out of town.

Hoell hopes that social media will help in the investigation.

“Depending on the interest, that post might go to multiple states, we may have an opportunity to identify this person even if he is not from Wisconsin,” said Hoell.

A reward is offered for information that leads to the suspect’s arrest. Anyone with information is asked to call the Police Department at 262-253-7780 or the Washington County Law Enforcement tip line at 800-232-0594.