One person rescued after being stranded in Pantano Wash 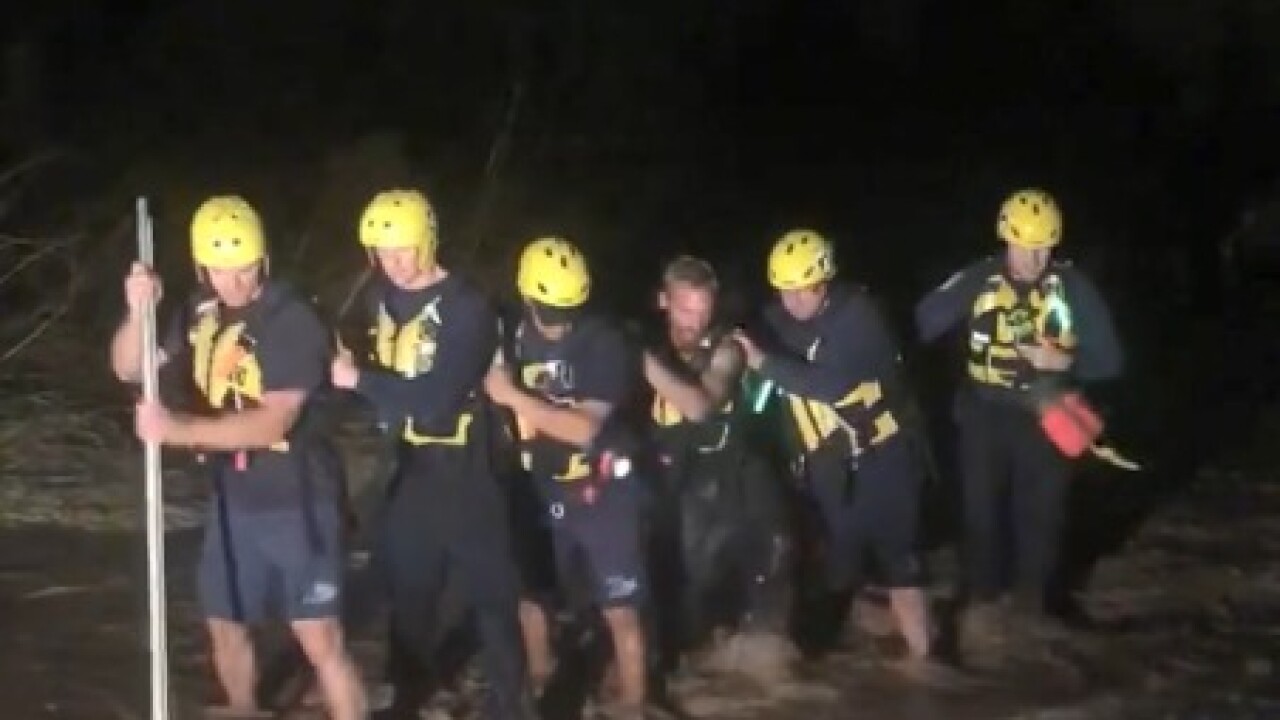 A man is expected to be o.k. after being rescued from Tucson Fire's Swift Water Rescue team Wednesday night.

A Swift Water Response team arrived at the scene and found one person was stuck in the water, not two as originally reported. Firefighters were not able to get to the man initially, so crews were sent downstream with throw bags in case the victim was swept away.

Five firefighters later entered the wash using an in-line position technique. They were able to reach the stranded victim and then walked out together using the same technique with the man in the middle.

The victim was checked out by a medical team, but had no complaint.

TFD wants to remind everyone "when in doubt, wait it out," as Monsoon is expected to continue through September.

Remember, most flash flood deaths happen in vehicles and it only takes one to two feet of moving water to carry away a vehicle or sweep someone away.