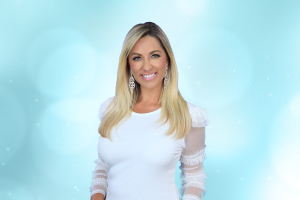 Heather is the host of the Tucson Morning Blend on KGUN-TV in Tucson.

She is an Emmy award winning reporter, recognized with her in-depth investigations on animal abuse with 4 Edward R. Murrow Awards. She began her broadcasting career following graduation from ASU in the Hugh Downs School of Communication and anchored in Colorado and Washington before returning to her beloved Arizona.

You may know her from her previous stint as the main evening anchor at KOLD-TV, where she won two Emmy Awards for her breaking news coverage of a deadly plane crash in Midtown Tucson and for investigative reporting. She has been nominated for several other Emmy's, and received four Edward R. Murrow Awards.

Heather's love of animals moved her to create the ongoing series, "Animal Defenders," aimed at spotlighting local animal abuse, over-population and providing information on animal care. Her coverage of one of the largest in U.S. history, won her an Edward R. Murrow award. The bust led to the rescue of more than 750 abused dogs. Heather hosted a 10-hour telethon that raised over $50,000 for their treatment and care.

Heather has also earned widespread recognition for her volunteerism which began in Washington with a children's volunteer program she created and personally managed. The program won her a regional broadcasting award.

Heather is actively involved with and a member of the Board of Directors of the Southern Arizona Humane Society, and with the Animal Cruelty Task force of Southern Arizona which honored her service with the Governor's Award. She is also a spokesperson for the Southern Arizona Arthritis Foundation, and has emceed and volunteered for many philanthropic organizations, including the United Way, Make Way for Books, Red Cross, and the Neonatal Intensive Care unit of UMC.