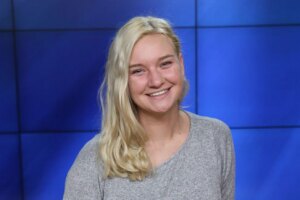 She considers herself a Seattle native and a D.C. transplant. Most recently, she was a producer at RT America.

Aubrey caught the journalism bug in high school, when she was a RadioActive youth producer for a Seattle NPR Affiliate station, KUOW.

Since then, she has worked for radio stations, digital outlets, print publications and local and international news stations. She was also the Managing Editor of The New Boundaries Project, which reported on stories about the #MeToo movement in partnership with NBCWashington.

Some of her favorite topics she covered include: The impact of the #MeToo movement, gentrification in Seattle’s floating home community, congressional anti-doping hearings, President Trump’s inauguration, The Women’s March on Washington and D.C.’s music scene. She also produces and hosts a podcast for young adults.

At American University, she double majored in Political Science and Journalism, with specializations in American Government and Broadcast. She was also a member of Phi Mu fraternity.

When she’s not at work, she’s with her two cats: Anna and Elsa.