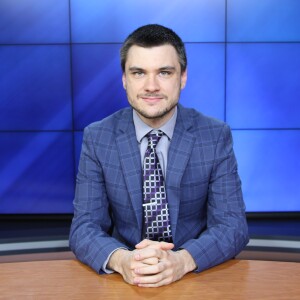 When most people think of the history of rock and roll, we're drawn to the summer of 1969 and that most legendary of music festivals -- an event that defined a generation. Woodstock was a kind of perfect storm of cultural revolution and musical innovation and talent.

Garret Price's recently released HBO-exclusive documentary focuses on Woodstock '99, meant to be the generation defining event of its progenitor. it came on the heels of the successful Woodstock 1994, which bridged the gap between the musicians of the late 60s and those of that current time period, creating a musical melange appealing to audiences new and old. But Woodstock '99 threw away the idea of the generational divide and instead focused exclusively on the rock younger people were listening to in the late '90s.

That music, from The Offspring to Limp Bizkit and Kid Rock, is painted in the documentary as protest music of the young, white male and that audience was of a much different mindset than their parents and grandparents in the 60s. Rather than protesting systemic injustice, politics, or the Vietnam War -- these young folks were there to let loose their rage and the music was a fuel for that fire.

It shows a lack of understanding by the organizers, who are extensively interviewed and come across as having had no idea the bands they were signing up for their festival. And as the events of the weekend unfolded, and blame is thrown for why things went so wrong, it's obvious this Woodstock was a poorly researched cash grab.

'Woodstock '99' frames the festival through a sequential timeline, building up to the riotous activity of Sunday night. We see how the heat, combined with the venue (an abandoned military base in New York) led to health issues for event goers. That in turn led to everyone running to buy bottled water, only to find that it was four dollars, the same price as beer. The outrageous price of water then led to the destruction of pipelines to get water to everyone...which in turn led to muddy camping conditions and eventually waste making its way into that bog. There is a cause and effect for everything and the sequential nature of the film offers a cinematic buildup to what we know is going to be a crazy conclusion.

While that is happening the documentary also contextualizes the music and offers parallels to our current climate. After the death of Kurt Cobain, rock music changed and as MTV leaned more into the pop music and boy bands of the time, angry youths were identifying more with the rap/rock music that gave lyrics to how they felt. And while these performers may have added fuel to literal fires while on stage, we do hear counterpoints that it's not the artists fault for what others are doing and the organizers should have known who they were signing on.

Social justice is also explored, such as a crowd of mostly white people shouting racial slurs when offered the mic during a rap performance. Another massive issue: the lack of female artists. Only three performed being subjected to sexual harassment by the crowd or just plain not fitting in with the schedule. Alanis Moriset before Limp Bizkit? Who thought that was a good idea?

Many more issues are examined from the rampant harassment women faced in the crowds to the growing trend of illegally downloading music. All of this is explored with commentary from artists, eventgoers, organizers, and media organizations involved. And the sheer amount of insanity mixed with that aforementioned cinematic buildup to the finale moments of Woodstock '99 makes for a crisp, endlessly entertaining film.

I knew nothing of Woodstock '99 before viewing this film even though many of the artists involved did own a big part of my MP3 player's memory back in my younger years. The most interesting part of this entire movie, to me at least, wasn't the fires, riots, or mismanagement but the way it helped me understand that music and both appreciate it and revile it more.

'Woodstock '99: Peace, Love and Rage' is definitely going to be on the list of best documentaries of 2021.

Woodstock '99: Peace, Love and Rage is available on HBO MAX.